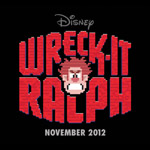 Activision and Disney Interactive announced this week that they will produce and distribute a Wreck-It Ralph video game, in conjunction with the release of the movie this fall. Available for Wii, Nintendo 3DS and Nintendo DS, the game will be a classic, arcade-style side scroller featuring Ralph – the misunderstood villain of his own arcade game who sets out to prove he can be a hero too.

The game picks up where the movie leaves off as Ralph partners with Fix-It Felix and sets out to save their friends and home from a huge Cy-Bug invasion. Pounding through all-new levels in the “Wreck-It Ralph” universe, like Sugar Rush, Hero’s Duty, and Fix-It Felix, Jr., players will have to use Ralph’s destructive strength to beat by the Cy-Bugs, while switching back to Felix to repair the damage. With story campaign and two-player co-op on the Wii platform, players can switch between Ralph and Felix to solve action-packed puzzles and collect “Hero Medals.”

Directed by Rich Moore (The Simpsons, Futurama), the (November 2nd release date) movie chronicles the journey of Ralph, the bad guy in an arcade game who sets out to prove he can be the hero after all. However, Ralph mistakenly reverts to his clumsy nature and “wrecks” everything once again, unleashing a deadly enemy threat onto his video game neighbors. John C. Reilly, Sarah Silverman, Jack McBrayer and Jane Lynch are some of the movie’s voice stars.

If you missed the trailer for the movie, you can watch it here:

You can also play the game featured in the film Fix-It Felix Jr at the official site: 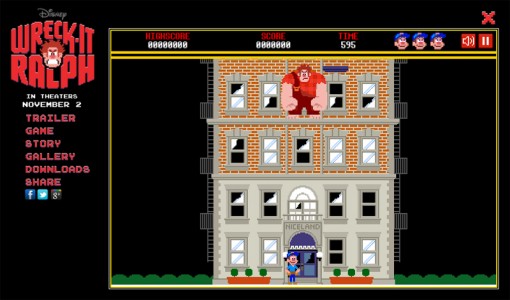