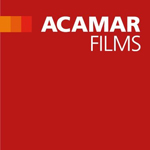 Acamar Films is launching the first app based on its award-winning TV series, Bing. Produced by Acamar and co-developed with the digital team at Aardman, the new app Bing Baking is designed to encourage creativity and curiosity through play.

This is the first in a series of planned digital content aimed at preschoolers and their guardians, and will be available on all mobile platforms, starting with iOS July 14. Google Play and Amazon versions will pop up August 11, with Android launch TBA.

The game invites children to jump into the show’s world by playing alongside Bing and Flop in their kitchen. From the official release:

For preschoolers baking is precious shared time with a grown-up; it is a blend of tactile creativity, chemistry, alchemy and art. Bing Baking gives Bingsters the freedom to make their own choices. Alongside Bing and Flop, in their lovely kitchen, little ones can roll the first ever realistic “digital dough” neatly with a rolling pin or squish it with their hands; choose from a variety of biscuit cutters and tap Flop to put their biscuits in the oven; keep an eye on Chicky Timer to let Flop know when it’s time to take the biscuits out; decorate them their own way with lots of icing, sprinkles, chocolate drops and fruit; take a photo of Bing and Flop with their creations; and finally eat their own yummy-delicious biscuits with Bing – nom nom nom!

“Working with Acamar to bring Bing to interactive life has been a special thing indeed,” says Aardman’s Finbar Hawkins, creative director for Bing Baking. “Our two companies share a heartfelt passion for quality and precision in the crafting of children’s entertainment. We were delighted that Acamar embraced our ‘sandbox’ ideas for the app, meaning that together we’ve created an immersive and tactile environment for young bakers to have fun, learn and play.” 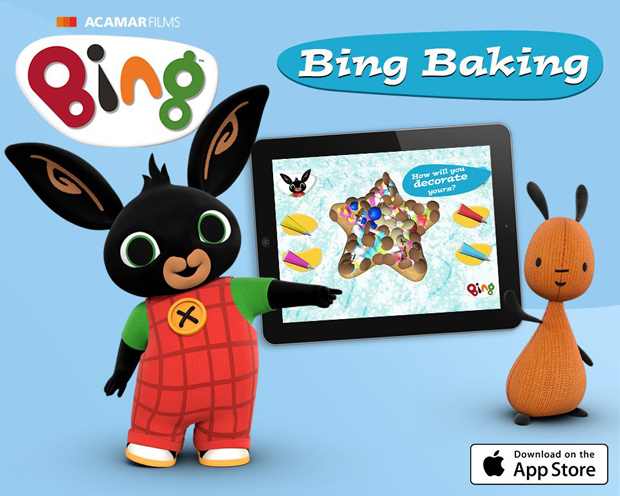