The games have been launched to support new episodes of Shaun the Sheep, set to begin airing Dec. 6 on CBBC in the U.K.

Details from the press release:

Aardman Digital has designed and built the Championsheeps games with the same production values as the TV show, ensuring quality of animation and humour is maintained for the CBBC audience. The scenes and characters in the games have been created using some of the most complex animation production techniques Aardman Digital has developed to date, combining photographic elements from the Shaun set themselves with CGI animation as well as Flash animation.

Robin Davey, Lead Animator of the project, commented, “The process has been more time consuming than it would have been using conventional Flash animation, but it was quicker in the long run than using the Stop-motion technique of the show or using a fully CGI approach. Working largely in Flash alongside the developers also meant that we could be responsive to the different needs of each game as they evolved, which I think introduced a real richness to the character interactions.” 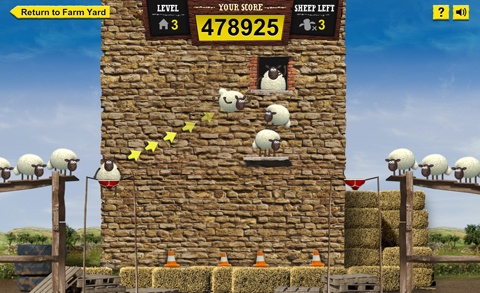 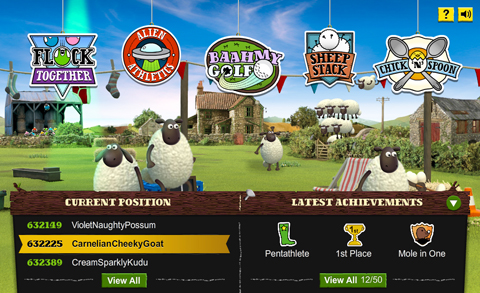