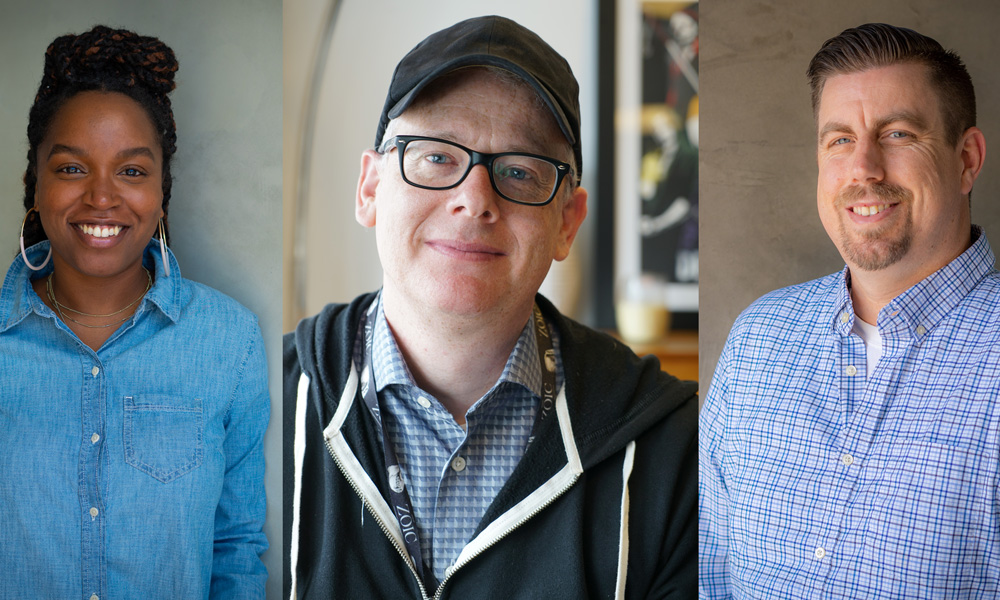 Cohen and Ellis will collaborate closely with VP, Series Gina Fiore to continue to expand Zoic’s episodic footprint in the premium cable and streaming spaces, following recent work on series such as Legion, Chilling Adventures of Sabrina, Maniac and Warrior.

“We’re very fortunate to have Daniel, Lauren and Sean with us at Zoic. Each of them brings something special to their respective roles, but what’s common amongst them is their passion and insight,” said Senior Vice President Ian Unterreiner. “Their ability to approach the rapidly shifting industry with an eye towards innovation and growth, is not only valuable to the company day-to-day, but for our clients as the business continues to transform at the nexus of entertainment and technology.”

Daniel Cohen brings three decades of global post production experience to his role, most recently producing VFX for TV and film at FuseFX for top clients such as NBC Universal, Marvel Entertainment and Netflix, on projects including Luke Cage, The Punisher, Sneaky Pete and Mr. Robot. Born in Britain, Cohen began his career building experience across a diverse array of commercial projects at Richard Purdum Productions, and at London’s outpost of Walt Disney Feature Animation, working on iconic films including Who Framed Roger Rabbit?. He later moved stateside to work on Disney’s Hercules, Tarzan, Mulan and Lilo & Stitch, and to produce projects across advertising, games, television and features for top shops such as The Mill, Method Studios, The Molecule, Smoke & Mirrors and MassMarket, before joining FuseFX in 2015.

Lauren F. Ellis boasts a diverse background in entertainment production, coming to Zoic after four years as Executive Producer at The Molecule, overseeing the studio and producing for top series including Ballers, Shooter and Queen Sugar. Ellis started her advertising career at BBDO Atlanta, working on print campaigns for top clients including AT&T, Capital One, ING, Embassy Suites and Bayer. After earning an MFA in Animation and Visual Effects, she set her sights on the entertainment industry, building her on-set skills producing VFX for top feature projects including Ryan Coogler’s debut film Fruitvale Station –which earned the Grand Jury Prize and Audience Award at the Sundance Film Festival — Saving Lincoln and The Labyrinth. She spent a year with Hammerhead Productions where she produced VFX on a number of feature films including Horrible Bosses 2, as well as producing on additional projects. While at The Molecule, she oversaw all Los Angeles office operations and new business acquisitions, managed all studio scheduling and resources, developed in-house talent and researched and implemented studio workflow solutions.

Sean Tompkins returns to Zoic where he began his career after spending two years at FuseFX. He brings an intricate understanding of the VFX pipeline process, with a proven track record in managing teams of artists and producers to maximize creative output on a number of hit series. Tompkins joined Zoic Studios in 2007 after spending two years as a PA on CSI: Crime Scene Investigation. He spent eight years with the studio, producing projects across Zoic’s diverse slate and working on top series including True Blood and Sleepy Hollow, as well as three Emmy-nominated series: Falling Skies, Hemlock Grove” and Man in the High Castle. After eight years, he took the opportunity to gain on-set experience, serving as VFX Supervisor on Marvel’s Runaways and Season 3 of True Detective, as well as producing VFX for Agents of S.H.I.E.L.D. His experience spanning numerous roles and perspectives in the VFX pipeline allow him to expertly curate teams for episodic projects across Zoic’s NYC and LA studios.

Zoic Studios created computer-generated VFX for film, TV, commercials and video games. Based in Culver City, the company houses talented teams in New York City and in Vancouver, BC. Learn more at www.zoicstudios.com.