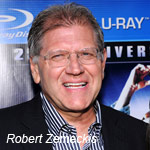 After being unceremoniously dropped by Disney, director Robert Zemeckis and his ImageMovers production entity have made a two-year first-look producing deal with Universal. Zermeckis worked with Universal on the three Back to the Future movies. ImageMovers will stay in its current headquarters and will not be based on the Universal lot.

Zemeckis, who had devoted himself to motion-capture movies such as The Polar Express, Beowulf and Mars Needs Moms, will reportedly focus more on live action features in the near future. Disney nixed plans for his mo-cap remake of Yellow Submarine. His most recent producing project is the Shawn Levy-directed live-action movie Real Steel. Other possible projects include directing the Paramount drama Flight.