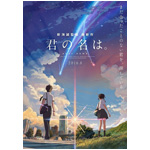 Funimation Films will present the Oscar-qualifying theatrical run for Makoto Shinkai’s animated feature Your Name at the Laemmle Music Hall in Los Angeles, December 2-8. Advance tickets are now on sale online or at the theater box office. The official North American wide release is being planned for early 2017.

Currently under consideration for the Best Animated Feature category for the 89th annual Academy Awards, Your Name is Japan’s highest-grossing film of 2016 with a box office take of more than $173 million — surpassing the last two Hayao Miyazaki features. Your Name, produced by Shinkai’s regular collaborators at CoMix Wave Films, is the first anime feature not produced by Studio Ghibli to gross more than $96 million at the Japanese box office, and is the country’s seventh-highest grossing movie of all time — beating out megahits like James Cameron’s Avatar and J.J. Abrams’ Star Wars: The Force Awakens.

The day the stars fell, two lives changed forever. High schoolers Mitsuha and Taki are complete strangers living separate lives. But one night, they suddenly switch places. Mitsuha wakes up in Taki’s body, and he in hers. This bizarre occurrence continues to happen randomly, and the two must adjust their lives around each other. Yet, somehow, it works. They build a connection and communicate by leaving notes, messages, and more importantly, an imprint.

When a dazzling comet lights up the night’s sky, it dawns on them. They want something more from this connection—a chance to meet, an opportunity to truly know each other. Tugging at the string of fate, they try to find a way to each other. But distance isn’t the only thing keeping them apart. Is their bond strong enough to face the cruel irony of time? Or is their meeting nothing more than a wish upon the stars? 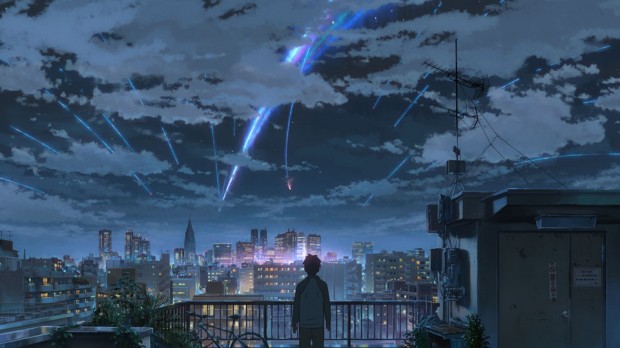