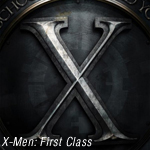 The VFX-driven superhero film X-Men: First Class handily outclassed the competition at the box office this weekend, thanks to strong reviews and good word of mouth, while DreamWorks Animation’s Kung Fu Panda 2 crossed the $100 million mark.

A Fox release, X-Men: First Class sold an estimated $56 million worth of tickets in its debut weekend to land atop the box office for the weekend. The film, based on the popular and longrunning Marvel Comics series, also took in about $64 million overseas for a debut weekend total of about $120 million. The positive reaction to the film, which stars James McAvoy and Michael Fassbinder as young Professor X and Magneto, has revived interest in the X-Men as a franchise after 2006’s X-Men: The Last Stand and 2009’s X-Men Origins: Wolverine disappointed.

With no  other major releases this weekend, X-Men knocked The Hangover, Part II down to second place. The film added $32 million to its total this weekend for a $186 million domestic tally. Its $151 million foreign draw puts it at about $338 million globally.

In third was Kung Fu Panda 2, which took in about $32 million in its second weekend of release. That puts it right at $100 million domestic. Overseas, the film’s pulled in $125 million in ticket sales for a to-date total of $125 million.

VFX-driven films also continued to do well, with Disney’s Pirates of the Caribbean: On Stranger Tides earning $18 million to bring its total to $190 million domestic after three weekends in release. And that’s only a drop in the bucket compared to the $600 million the film has earned abroad, for a whopping worldwide total of $790 million.

The other Marvel-based movie in release, Thor, made $4 million this weekend for a domestic total of about $168 million and an overseas haul of $258 million for a total of about $427 million.