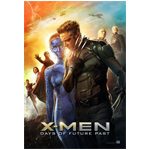 Marvel’s merry mutants ruled the box office this weekend, as expected, while Disney’s Frozen moved up another step on the list of all-time highest grossing films.

X-Men: Days of Future Past opened Friday and earned $91 million in domestic ticket sales through Sunday, with the Memorial Day crowd expected to bump it up to a $111 million four-day opening tally. Overseas, the mutants also were popular, racking up $192 million in ticket sales for a worldwide four-day total of $302 million.

Meanwhile, Disney’s Frozen was the No. 1 film in Japan for the 11th weekend in a row, putting the film’s total worldwide gross to $1.22 billion. That’s enough to push it past Marvel’s Iron Man 3 and good for fifth place on the all-time global box office gross list. It now ranks behind Avatar, Titanic, Marvel’s Avengers and Harry Potter and the Deathly Hallows, Part 2.

The weekend’s No. 2 movie was Godzilla, with $31 million in ticket sales for a $156 million domestic total. The $166 million overseas tally puts it at $323 million worldwide.

Landing in fifth was The Amazing Spider-Man 2, with just under $8 million in ticket sales. The movie has grossed $187 million domestic and $489 million foreign for a $676 million total.

In eighth place was Fox and Blue Sky Studios’ Rio 2, with a $2.5 million weekend in its seventh weekend of release. The film has earned $122 million domestic and $326 million foreign for $448 million overall.

Yet another Marvel film landed in 11th place, with Captain America: The Winter Soldier earning $1.8 million. After eight weekends in release, the movie has earned $253 million domestic and $454 foreign for a $708 million total.

Rounding out the animated releases is Clarius Entertainment’s Legends of Oz: Dorothy’s Return, with an estimated $432,000 in ticket sales in its third weekend of release. The film has grossed $7.7 million total. And DreamWorks Animation’s Mr. Peabody & Sherman earned $275,000 in ticket sales in its 12th weekend in release to bring its domestic total to $109 million and its international take to $157 million for a $267 million total. 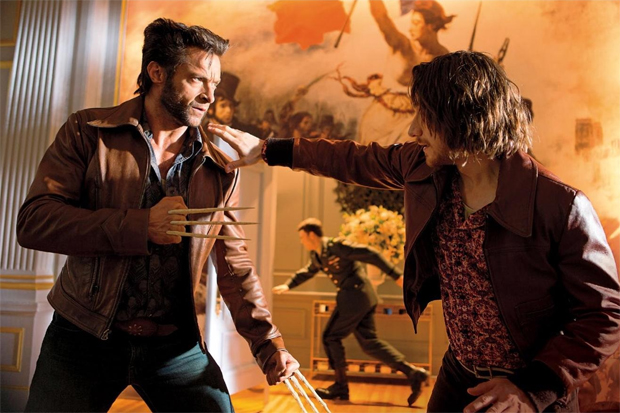