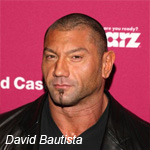 Mixed martial artist and WWE wrestler Dave Bautista will star as Drax the Destroyer in Marvel Studio’s upcoming live-action adaptation of Guardians of the Galaxy, directed by James Gunn (Slither, Dawn of the Dead). The film also stars Chris Pratt as Peter Quill/Star-Lord, a U.S. pilot who becomes involved in an intergalactic conflict and goes on the run with futuristic ex-cons who have something everyone wants. Drax is described as a human resurrected as a green warrior for the sole purpose of killing Thanos—the villain we saw in the final-scene tease of last year’s Avengers movie. His powers include flight, super-strength and energy blasts.

The movie’s featured characters will also include Groot, a giant tree-man; Star-Lord, a gun-toting half-human/half-alien intergalactic vigilante; Rocket Raccoon, a genetically engineered animal with a knack for guns and explosives; and Gamora, the last survivor of her species, who was saved by Thanos to be his assassin but now battles him. If all goes as expected, Disney will release the comic-based feature on August 1, 2014. 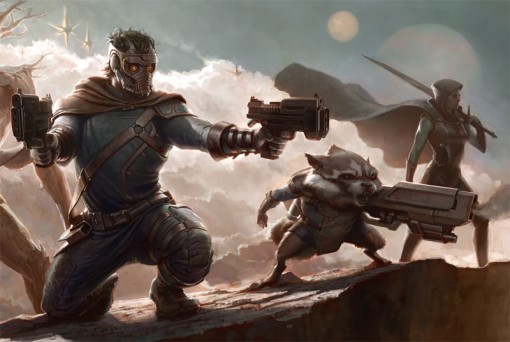