GKIDS will be opening a special New York theatrical run for the acclaimed Spanish animated film Wrinkles on July 4 at the IFC Center. This will be followed by a July 15 DVD and digital release.

Tagged as “One Flew Over the Cuckoo’s Nest set in an old folks’ home,” Wrinkles is based on the thought-provoking graphic novel by Paco Roca and tackles the issues of aging with tenderness and wit. The story opens with Emilio being sent to a retirement home by his family. His new roommate is a wily, petty swindler named Miguel who is also full of insider tips on surviving life in the home. 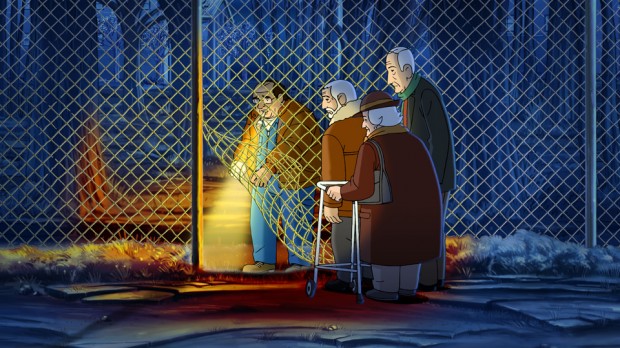