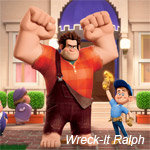 The first reviews of Wreck-It Ralph are in, and everybody seems to be in love with Disney’s charming pic about an 8-bit video game bad guy who decides to make some changes in his life.

Variety’s Peter DeBruge wrote, “With plenty to appeal to boys and girls, old and young, Walt Disney Animation Studios has a high-scoring hit on its hands in this brilliantly conceived, gorgeously executed toon, earning bonus points for backing nostalgia with genuine emotion.”

Hollywood Reporter’s critic Justin Lowe noted Pixar’s influence on the movie, and added, “Guided by executive producer John Lasseter, Walt Disney Animation Studios has clearly devoted significant resources and talent to Wreck-It Ralph, recruiting a top-notch cast and a diverse array of animation, visual effects and lighting artists to contribute to the distinct and varied vid-game styles. With a mix of retro eye-candy for grown-ups and a thrilling, approachable storyline for the tykes, the film casts a wide and beguiling net.”

The movie, which scored a 98% anticipation rate on www.rottentomatoes.com, will open on Friday, Nov. 2nd.

You can learn more about the making of this thrilling Disney movie at Animation Magazine’s Feature Films and VFX Summit program on Tuesday, October 30th at 10 a.m. Wreck-It Ralph’s effects supervisor Cesar Velazquez, vfx supervisor Scott Kersavage, director of look and lighting Adolph Lusinsky and assoc. director of look and lighting Brian Leach will discuss how they achieved the spectacular visuals and superior lighting for the movie. Last minute tickets and day passes for the event are now available here: 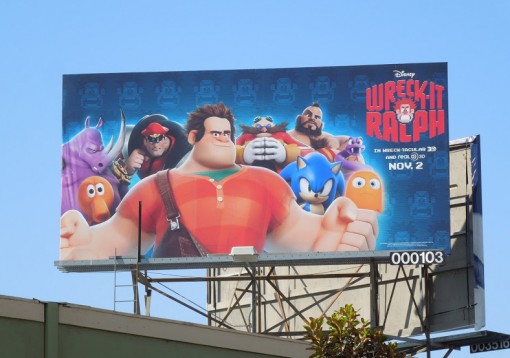