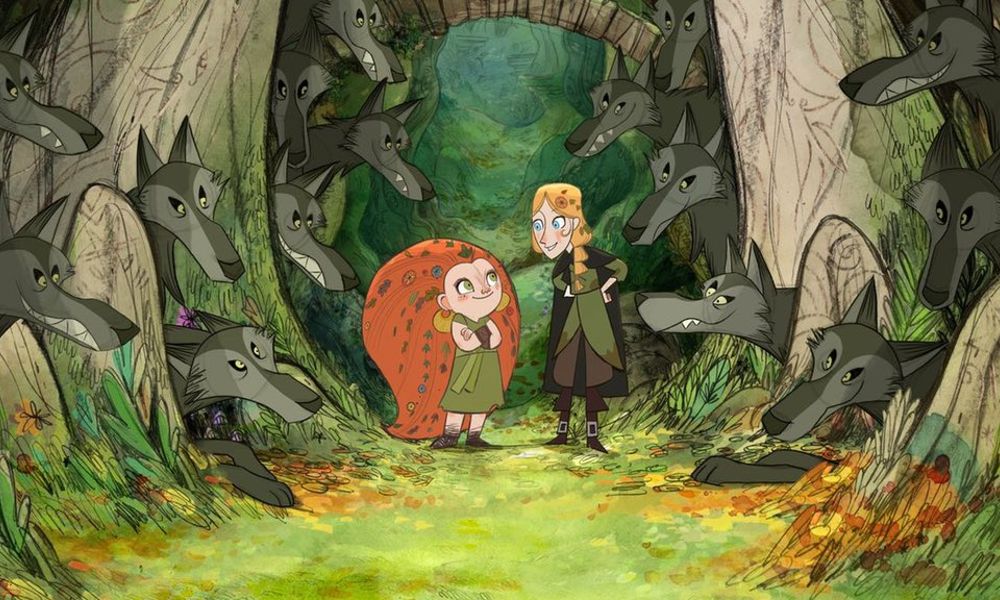 Apple Original Film Wolfwalkers will be rereleased in theaters by North American theatrical distributor GKIDS, starting with a New York theatrical run at the Angelika Film Center beginning Friday, March 19. In celebration of the film’s Irish roots and Kilkenny storyline, a special St. Patrick’s Day sneak preview is also set for Wednesday, March 17 at the venue.

Tickets are available now at WolfwalkersMovie.com and participating theater box offices. Additional theaters in major North American markets will be added in March and April.

In a time of superstition and magic, a young apprentice hunter, Robyn Goodfellowe, journeys to Ireland with her father to wipe out the last wolf pack. While exploring the forbidden lands outside the city walls, Robyn befriends a free-spirited girl, Mebh, a member of a mysterious tribe rumored to have the ability to transform into wolves by night. As they search for Mebh’s missing mother, Robyn uncovers a secret that draws her further into the enchanted world of the “Wolfwalkers” and risks turning into the very thing her father is tasked to destroy. The movie stars Honor Kneafsey, Eva Whitaker, Sean Bean, Simon McBurney, Tommy Tiernan, Jon Kenny, John Morton, and Maria Doyle Kennedy.

The best-reviewed animated film of 2020 (Metacritic: 87; Rotten Tomatoes: 99%), Wolfwalkers is the latest from two-time Oscar-nominated director Tomm Moore (Song of the Sea, The Secret of Kells) and director Ross Stewart, written by Will Collins, and co-produced by the award-winning animation studios Cartoon Saloon and Melusine Productions. Producers are Paul Young, Nora Twomey, Tomm Moore and Stéphan Roelants. The film made its world premiere at the Toronto International Film Festival last year to rapturous reviews and won the top audience award at AFI Fest, the first time an animated film has taken home the prize.

GKIDS’ long-standing relationship with Cartoon Saloon began with the distribution of Moore’s Oscar-nominated films The Secret of Kells and Song of the Sea, and evolved when GKIDS principals Eric Beckman and Dave Jesteadt served as executive producers/distributors on Nora Twomey’s Oscar and Golden Globe nominee The Breadwinner. Beckman and Jesteadt are also executive producers of Wolfwalkers.

Wolfwalkers is available to stream on Apple TV+ and on the Apple TV app.