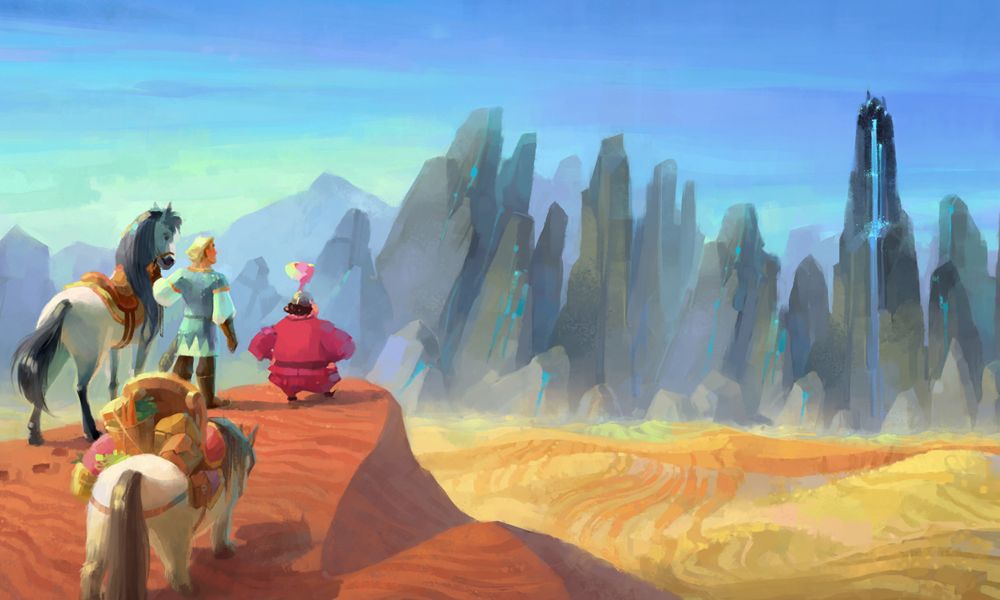 Wizart Animation, the successful Russian studio behind the well-known Snow Queen franchise – is preparing new animated feature releases for its global audience. The studio’s next major premiere will be The Warrior Princess – a romantic comedy that rewrites the stereotypical fairytale narrative.

The central character, Mila, can’t be with her beloved Ronan, even though she really wants to – the circumstances always interfere. Ahead of the European Film Market, Vladimir Nikolaev, Wizart’s General Producer, and Alexey Zamyslov, the director of the movie, gave us the scoop on Mila’s journey of learning to stay true to herself, never give up, and to fight for her love – even if everyone around her believes that princesses aren’t cut out for fighting. 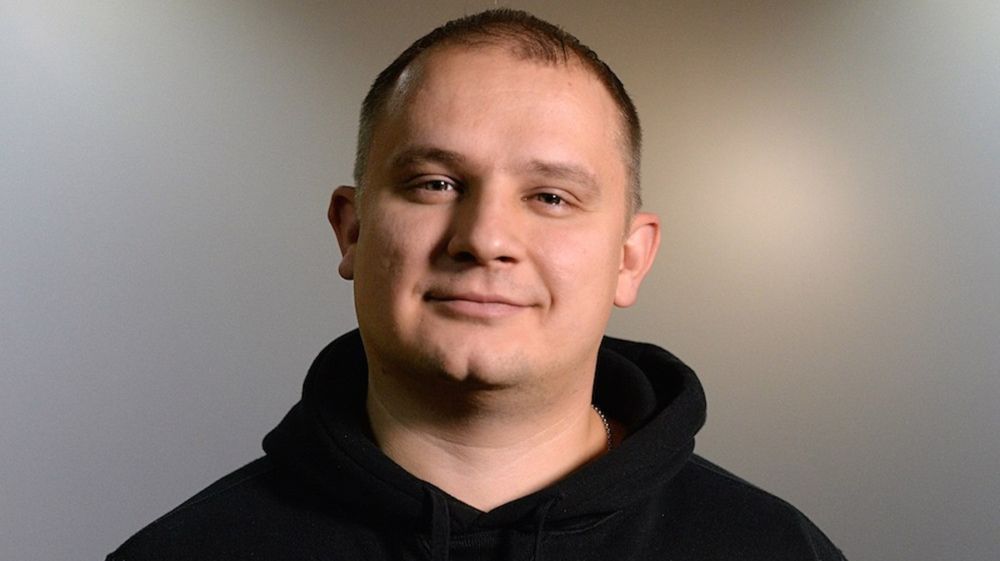 Tell us about the new movie — we hear it’s not the usual princess story audiences are accustomed to!

Vladimir Nikolaev: The Warrior Princess is absolutely not a typical story. That’s the movie about a strong-willed person, a princess who is ready not only to overcome the difficulties but also change the world around her.

Our romantic comedy addresses the problem that has always been relevant – don’t give in to the stereotypes! The main character, Mila, is not willing to surrender to the circumstances – she chooses her own way and follows it fearlessly. I have to mention, she is pretty good at listening to her heart!

What attracted you to the idea of a “warrior princess” for the central character?

Alexey Zamyslov: I can say, the image of a strong heroic woman is our national trait – this theme has always been a part of the cultural code. Even our classics had a saying about such female characters, that they can “stop a running horse and enter a burning hut.”

Also, once we started to plunge into The Warrior Princess project, we noticed that our features had a female lead before, as well. In The Snow Queen franchise, it was Gerda, a fearless girl who went on a dangerous adventure to rescue her brother. In Secret Magic Control Agency, it is Gretel, the kingdom’s best agent, who is able to solve the biggest crime of the century.

How do the movie’s themes expand on this strong female protagonist’s message?

Zamyslov: The Warrior Princess is a very complex movie. So, as our primary audience is children, we are going to speak about the topics they can relate to – growing up and searching for self. As for the adults, they will be interested to see the conflict between children and their parents due to different life views, as well as their eventual understanding and acceptance of each other.

Another thing we find important to discuss is traditions. Does modern society need all of them? Or maybe it’s time we gave up on some of them and created new ones? Of course, we can’t give the exact answers to all those difficult questions – but we will certainly think them through in a light comic form, together with our audience. 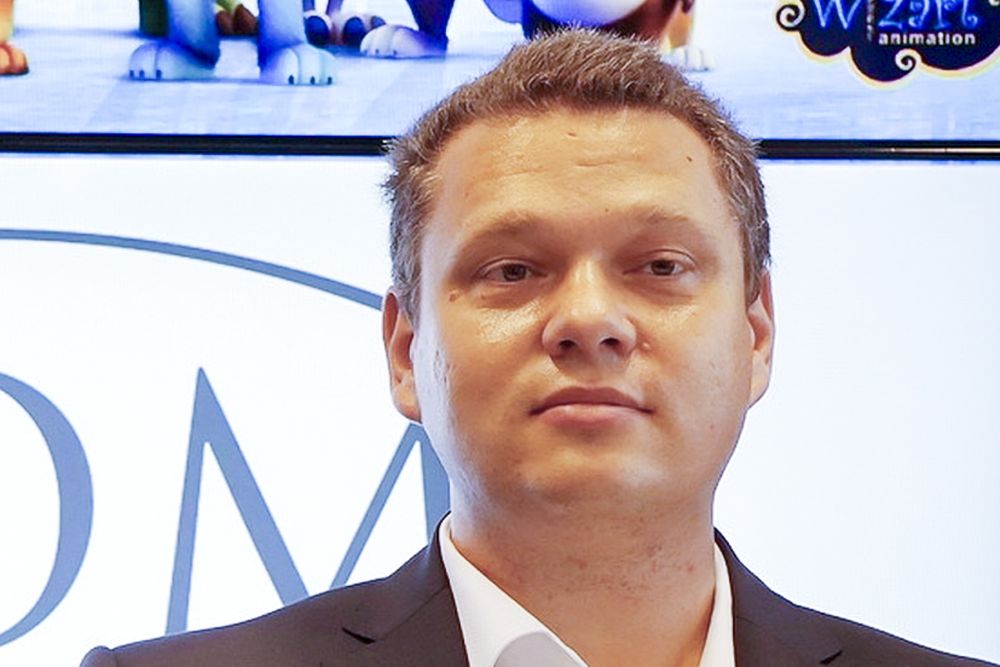 Would you say that The Warrior Princess is based on the Russian storytelling traditions?

Zamyslov: We found inspiration in folklore fairytales, and obviously used our culture. However, it’s rather an original local story translated into the global language. We aimed to make the story appealing for anyone from any part of the world.

Who is Wizart partnering with on this production? What is the distribution plan?

Nikolaev: We’re working on The Warrior Princess with the same team which was working on The Snow Queen franchise and Secret Magic Control Agency (a.k.a. Hansel & Gretel). We’ve also involved some experts and screenwriters from the U.S. and Europe. Since our first feature, the quality of Wizart’s work has made a huge leap forward, as we put in a lot of effort to improve it with each new release. Now, the level of our animation is at the peak of high technologies. The audience will surely notice it after watching SMCA. As for the wide release of The Warrior Princess, you will get to see it as soon as next year.

Do you believe The Warrior Princess has the same qualities that made The Snow Queen so popular around the world?

Nikolaev: The Snow Queen is so successful because we did a high-quality job adapting Hans Christian Andersen’s fairytale, a fairytale that has endured through centuries. We managed to keep the drama elements and create charismatic characters. We used the same approach for Secret Magic Control Agency: we reprocessed the “Hansel and Gretel” fairytale and transformed a globally known scary story into a comedy adventure. The Warrior Princess perfectly suits this list of promising projects!

By the way, in 2022 we are releasing the fifth Snow Queen movie, in which our characters – who have grown up a lot within these 10 years – will become children again and go on absolutely new adventures. Maybe it will take the franchise fans a bit to recognize their favorite characters (we’ve done some redesigning), but we are totally sure Wizart’s fans will love the movie.

What other surprises has Wizart prepared for audiences in 2021?

Nikolaev: We’ve started 2021 by surprising ourselves: Our animation enters diametrically opposite global platforms of East and West. We have never had such a huge outreach before – it’s about 300 million viewers.

Of course, we will continue to bring more surprises and joy to our fans. This year, apart from the two feature movies, we will also release two TV shows for children of different age groups. They are Tin’s Firebots, about the adventures of robot firefighters, and Backpack, about a little boy who explores the world around him with the help of some objects that live inside his backpack.

This interview has been edited for clarity of language.