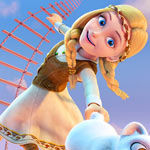 Russian studio Wizart has taken advantage of the bustling TIFF market in Toronto to reveal a first look at its upcoming new installment of its popular fairytale adventure franchise, working-titled The Snow Queen: Wonderland. The imagery promises more comical, high-flying hijinks, depicting young heroine Gerda (and her adorable pet weasel, Luta) nonchalantly dangling from a rope ladder on a climb up to a shark-shaped airship!

Synopsis: When a mighty king loses his family because of the Snow Queen, he finds a way to exile all magical creatures from his world to Wonderland. Gerda and the Snow Queen, along with all the wizards and magicians in the realm, must forget their differences and disputes in order to unite to fight for their right to exist, and stop the magic of fairytales from disappearing from everyone’s lives.

Wizart will be premiering The Snow Queen: Wonderland at the American Film Market in November, with the official poster image set to appear on the AFM cover of Animation Magazine. Visit wizartanimation.com for more on The Snow Queen films and Wizart’s other projects. 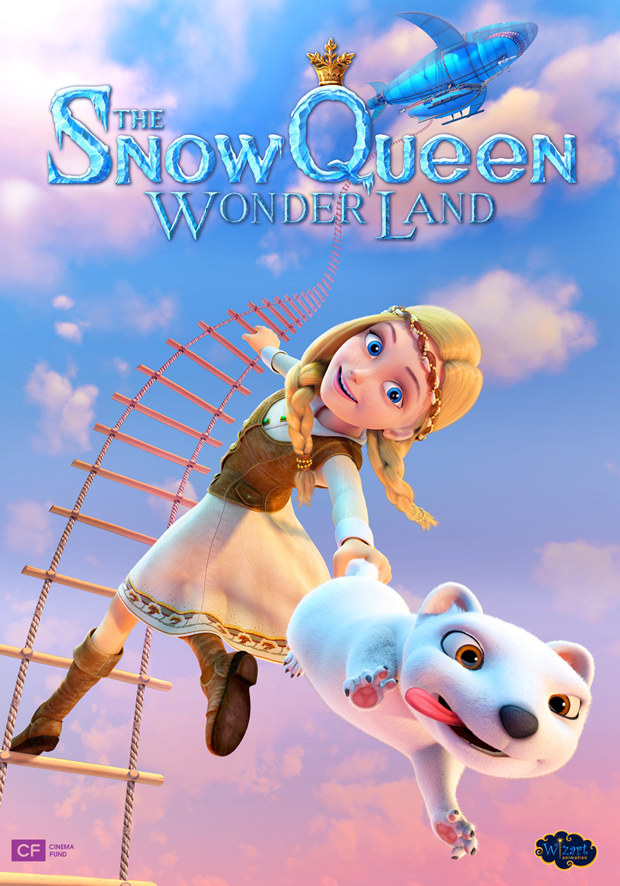