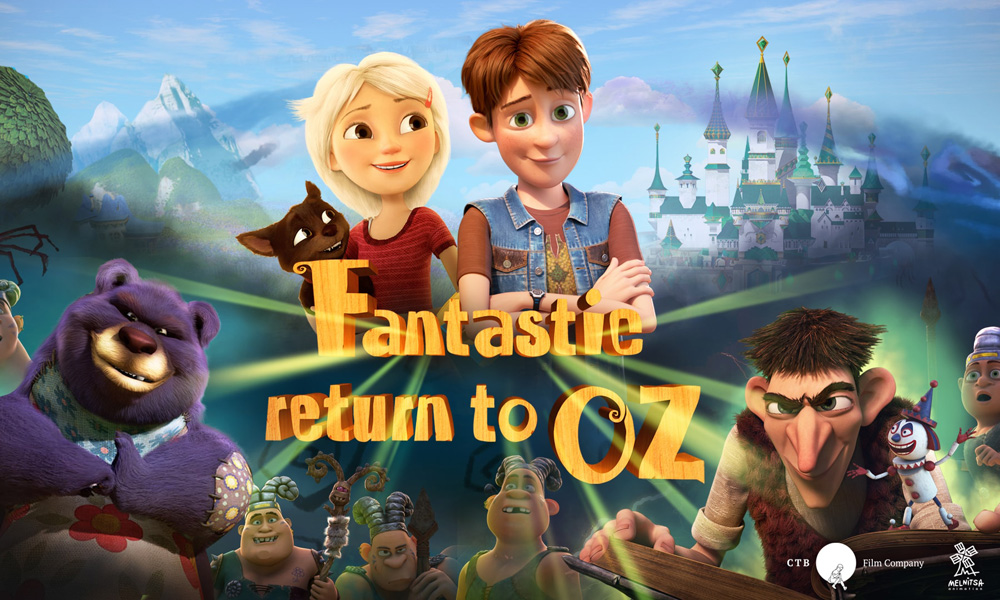 Wizart has once again been tapped by Russia’s largest animation studio Melnitsa to act as sales agent for its latest project, a CG feature film sequel title Fantastic Return to Oz. The two companies previously allied for the first flick, Fantastic Journey to Oz (2017), which earned nearly $7 million at the global box office after Wizart organized theatrical releases in China, Korea, Latin America, Germany, Great Britain and beyond.

Wizart will launch sales for Fantastic Return to Oz at the European Film Market in Berlin (Feb. 7-15), and will hold a screening on February 10.

In the new movie, Dorothy and her loyal dog Toto go back to Magic Land just in time. The treacherous Urfin Jus is trying to take over Emerald City once more — and even though he has lost his army of wooden soldiers, his bad habit of spoiling everyone’s life still persists. This time, Urfin has taken hold of the sorceress Gingema’ Magic Book, which can fulfill any desire of its master. That means the Scarecrow, the Lion and the Tin Man are now in danger. Dorothy, Toto and their new friend Tim — who hopes to prove his love for Dorothy, even if that means doing something rather stupid — set out to help the people of Magic Land.

“Animated movies are vitamins for everyone. Both children and adults love them,” said Sergey Selyanov, General Producer of the project. “This world needs fairytales. That’s why we believe that our story about a most ordinary girl entering the Magic Land will have a demand and be interesting to viewers of any age.”

Yuri Moskvin, General Producer of Wizart, added: “Fantastic Journey to Oz was seen by viewers from 30 countries, besides the project took part in many international film festivals. The adventures of Urfin Jus were previously known in Europe, and the cartoon introduced the story to the audiences of Asia, the Middle East and Latin America. As a part of the EFM, the project sequel will be presented to the buyers for the first time, then there will be the premiere screening of the finished material, which is scheduled for February 10.”