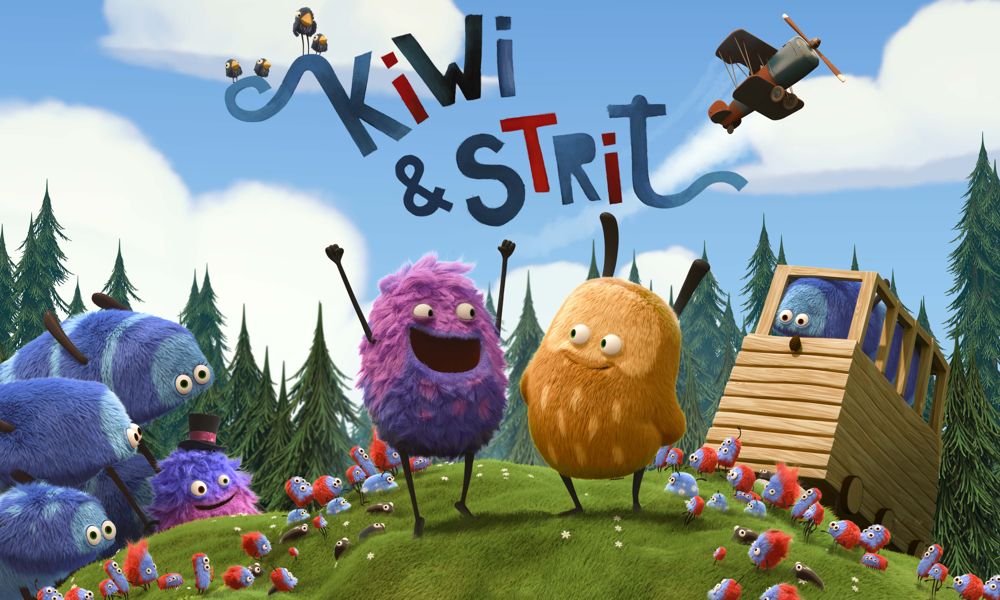 Under the deal, WildBrain Spark also takes exclusive distribution rights to the show’s third season on YouTube, YouTube Kids and additional AVOD platforms worldwide (excluding China), and select rights to seasons one and two for these platforms. All other rights across the three seasons are handled by Copenhagen Bombay in-house sales department, Copenhagen Bombay Sales.

Production on season three of Kiwi & Strit will begin later this year, following the same 26 x 5′ format as the previous two seasons produced by Copenhagen Bombay. This partnership builds upon WildBrain Spark’s launch of the official Kiwi & Strit YouTube channel in September 2020. Targeting children aged two-six years, the channel features three-minute clip compilations from the series, and generated over 600,000 views and a watch time of 1.4 million minutes from September to December 2020. Copenhagen Bombay has recently completed production on season two of Kiwi & Strit, which is set to premiere this year.

“With its wonderful humor and engaging characters, Kiwi & Strit is an ideal premium IP for co-production with WildBrain Spark. We look forward to bringing our deep data insights to the collaboration with Copenhagen Bombay on this third season and amplifying awareness of the brand through an effective AVOD strategy alongside linear broadcast,” said Jon Gisby, EVP & Managing Director at WildBrain Spark.

Sarita Christensen, CEO & Founder of Copenhagen Bombay, said, “This new partnership with WildBrain Spark for Kiwi & Strit is a collaboration we strived to achieve ever since the first season. We’re excited to expand the IP and to reach an even broader audience. The team at WildBrain Spark is the perfect match for Copenhagen Bombay and together we’ll create many more high-quality stories for Kiwi & Strit.”

Kiwi & Strit is created and produced by Copenhagen Bombay, in co-production with NDR and Studio Hamburg Enterprises GMBH. The series is co-created by Jannik Tai Mosholt and Esben Toft Jacobsen. The first season was co-written by Mosholt and Jacobsen, and seasons two and three will be written and directed by Jacobsen.

The series follows a pair of funny and furry little creatures, Kiwi and Strit, who live in a clearing in the forest. The two are very different – Kiwi is considerate, careful and yellow, while Strit is wild and purple. Their approach to almost everything is different, but they learn how to work together to solve each other’s and their forest friends’ problems.