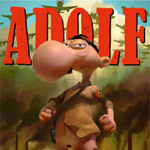 The Hollywood Reporter has caught wind of a crowdfunding effort started by German comic-book author Walter Moers (Little A**hole, Captain Bluebear) to see his online sensation Hitler spoof, Adolf, turned into a feature film. An animated video, released in 2006 and featuring a nude Hitler serenading himself on the commode of his bunker, banked more than 20 million hits on YouTube. The video was in turn based on Moers’ comic-book series—the first installment Adolf, die Nazisau (Adolf, the Nazi Sow) was a bestseller in the country after its 1998 release.

Moers is hoping to take his disgruntled dictator all the way to the big screen and with the help of producer David Groenewold (The Wave) has launched a crowdfunding campaign to make his CG feature dreams a reality. Having just uploaded a teaser clip on Monday (in German, of course: www.youtu.be/Lr4cm139Hd4), the project has already raised $6,200 with under 200 supporters. You can track the film’s progress at the production websit, www.adolf-online.com.

Moers’ Adolf comics find the Fuhrer re-emerging after decades in hiding and trying to adjust to the modern world—taking up Zen to curb his murderous impulses, yet always ending up the bad guy and finding himself inadvertently responsible for the deaths of pop culture figures like Kurt Cobain and Princess Diana, among others. 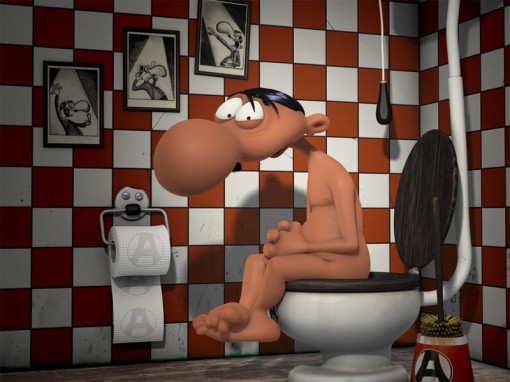