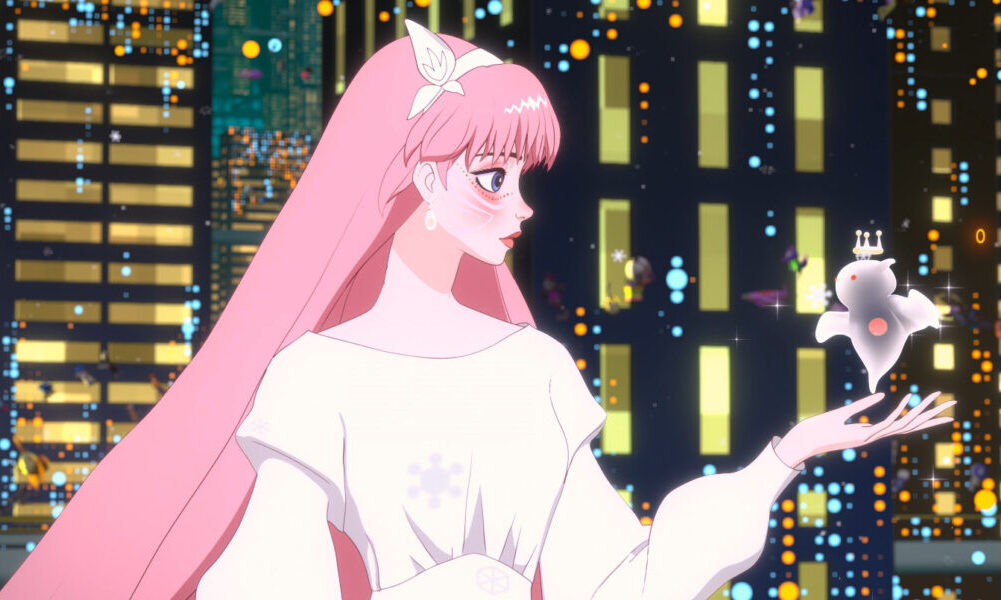 For fans seeking a mind-bending new animated world to explore, GKIDS has got you covered. The North American indie distributor has released the opening scene to Oscar-nominated director Mamoru Hosoda’s acclaimed new feature Belle, produced by Studio Chizu. The sequence invites viewers into the film’s rich virtual world, as our heroine makes a stunning musical entrance to theme song “U” by millennium parade x Belle.

GKIDS will release Belle in over 1,000 theaters and IMAX screens in both the original Japanese language and all-new English dubbed version on January 14, with an exclusive IMAX preview in select markets beginning Jan. 12.

Synopsis: Suzu is a shy, everyday high school student living in a rural village. For years, she has only been a shadow of herself. But when she enters “U”, a massive virtual world, she escapes into her online persona as Belle, a gorgeous and globally-beloved singer. One day, her concert is interrupted by a monstrous creature chased by vigilantes. As their hunt escalates, Suzu embarks on an emotional and epic quest to uncover the identity of this mysterious “beast” and to discover her true self in a world where you can be anyone.

Belle was released in Japan July 16, 2021. Despite ongoing limited seating capacities and nationwide curfews, the film topped the box office for three consecutive weekends. The film marks Hosoda’s first title to have IMAX screenings, and played in 38 IMAX theatres throughout Japan. Belle has crossed over 6.53 billion yen in box office to date, and has become Hosoda’s highest-grossing film ever, beating the lifetime gross of Boy and the Beast. 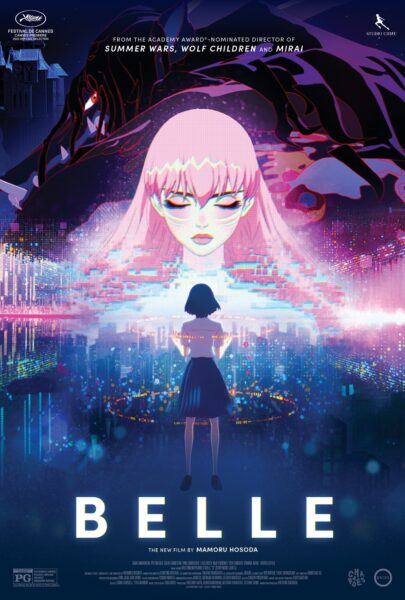