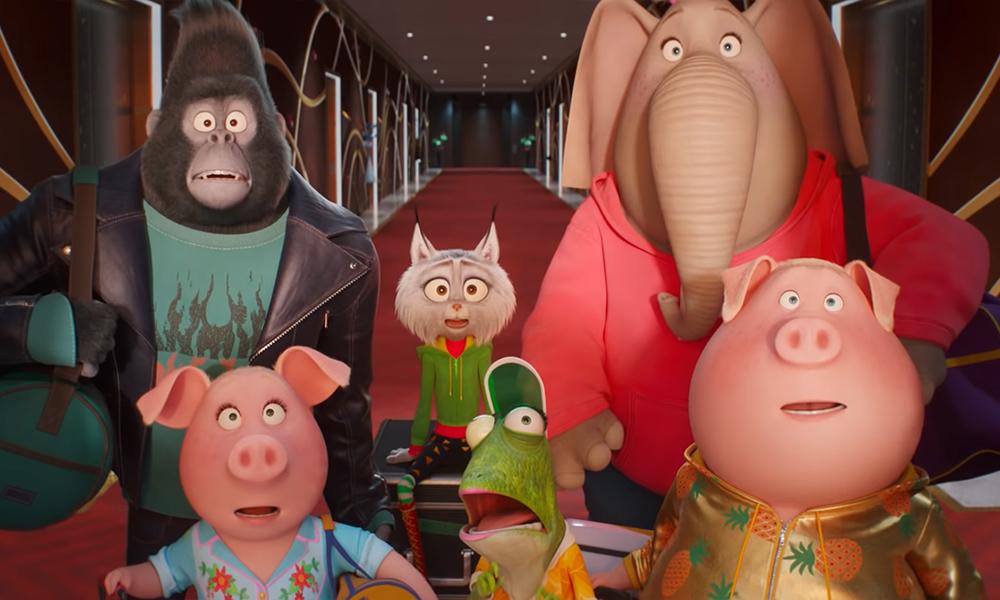 Illumination Entertainment has raised the curtain on the final trailer for Sing 2, inviting audiences to come along with the familiar animal stars and their new friends as they discover “the bigger the dreams, the bigger the journey.” In this spot, fans get a glimpse of the crazy stage show numbers dreamed up for the movie and get to know some of the new characters joining in the music-packed animated experience. The next chapter in the hit franchise arrives in theaters on December 22, through Universal Pictures.

When theater manager Buster Moon (Matthew McConaughey) sets his eyes on debuting a new show in glamorous Redshore City, he and his cast — including harried mother Rosita (Reese Witherspoon), rocker Ash (Scarlett Johansson), earnest Johnny (Taron Egerton), shy Meena (Tori Kelly) and, of course, provocateur Gunter (Nick Kroll) — have to sneak their way into the world-famous Crystal Entertainment offices, run by ruthless mogul/gangster Jimmy Crystal (Bobby Cannavale). In a desperate attempt to get his attention, Gunte and Buster quickly promise their new show will star rock legend Clay Calloway (Bono), and must set out to retrieve the reclusive star who has been out of the spotlight for 10 years.

Sing 2 is written and directed by returning filmmaker Garth Jennings, produced by Illumination founder and CEO Chris Meledandri and by Janet Healy. The sequel combines dozens of hit songs from pop to rock, K-pop to Latin, and from artists including Billie Eilish, Drake, U2, The Weeknd, Prince, Taylor Swift, BTS, Cardi B, Bad Bunny, J Balvin, Shawn Mendes and Camila Cabello.

Read all about the movie in the January ’21 issue of Animation Magazine, available soon! 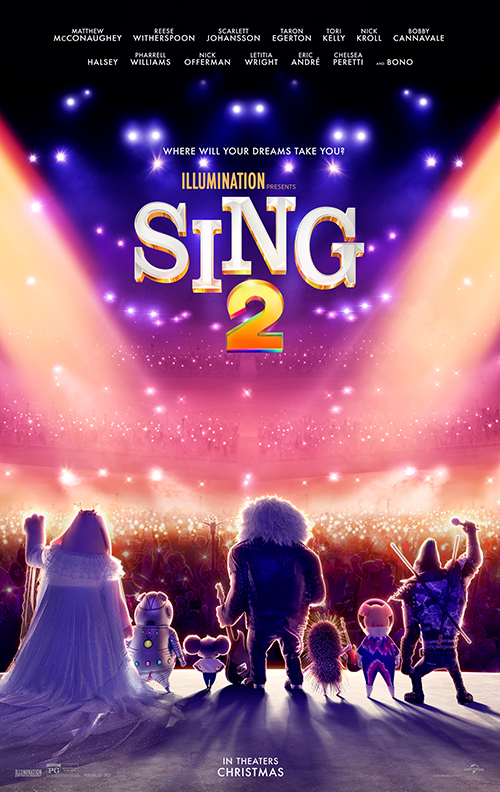