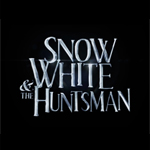 This beauty has bite: Snow White & the Huntsman exceeded expectations by earning $56 million to land atop the box office in its opening weekend.

Snow White knocked down to second place Men in Black 3, which had a $29 million outing in its second weekend of release. The Sony/Columbia threequel has banked $112 million domestic and $274 million foreign for a $386 million worldwide total.

Falling to third place was Marvel’s Avengers, with a $20 million weekend. The Disney feature moved up to third place on the all-time domestic gross list, surpassing The Dark Knight with a total of $552 million. Only Titanic and Avatar have higher domestic totals. Avengers‘ foreign total swelled past $800 million to give the movie a $1.36 billion worldwide total.

For animated releases, Sony/Aardman’s The Pirates! Band of Misfits grossed $700,000 over the weekend, its seventh in release. The movie has grossed $28 million domestic and $78 million foreign for a $107 million total.

And A Cat in Paris, the Oscar-nominated French feature film, opened a limited release in six theaters, grossing $36,000 for a solid per-screen average of just of $6,000.