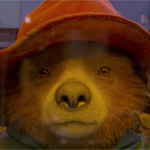 Deadline reports that StudioCanal’s charming family sequel Paddington 2 has been snatched up for US distribution by Warner Bros., following a scramble to find the little bear from darkest Peru a new home by Weinstein Co. this week. The studio, which is home to franchise producer David Heyman (also behind Gravity and the Harry Potter films) won out over Sony, Lionsgate and Global Road in a bidding war that reached $30 million.

Warner Bros. will now hammer out details and get the film prepped and marketed for its January 12 release date.

Paddington 2 opened Nov. 10 at No. 1 in the UK, totting up a $10.895M opening weekend box office. The first film, released in 2014/15, earned a worldwide total of $268M ($76.3M in the US, released by Weinstein). Weinstein will put its share of the sequel’s sale to stay solvent while the board works to sell off remaining assets by the end of the year.