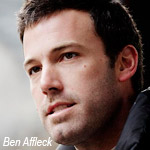 According to a report in Variety, the studio and Affleck are set to meet in the next few days to discuss the project, which would unite on the big screen such A-list DC Comics superheroes as Superman, Batman, Wonder Woman, Green Lantern, Flash and Aquaman.

Affleck has plenty of comicbook movie history of his own, having starred as a comicbook artist in Kevin Smith’s Chasing Amy and as the titular hero in 2003’s Daredevil for Marvel. Affleck’s co-star in that film, Jon Favreau, went on to direct the first two Iron Man films for Marvel Studios.

Affleck has directed three features so far: Gone Baby Gone, 2010’s well-received The Town and the upcoming Argo. Sources at the studio told the trade he may be primed to step up, as Favreau did, from mid-level budgeted films to blockbuster status.

Getting Justice League off the ground would be a big boost for WB’s DC Entertainment division, which so far has struggled to find success for any heroes beyond the iconic Batman. Last year’s Green Lantern received a lukewarm reception, and next year’s Man of Steel reboot of Superman is the only other DC pic in the WB pipeline. Justice League would likely not be ready for release before 2015.

A previous attempt to make a Justice League movie with director George Miller ran afoul of budget issues and reports that The Dark Knight Rises helmer Christopher Nolan was none too keen on there being a competing version of Batman in front of moviegoers.

Justice League is one of DC’s iconic properties, having launched in 1960 as an updated version of the World War II-era Justice Society of America. The team of superheroes idea was an immediate hit, inadvertently prompting DC Comics rival Marvel to get back into superheroes and revolutionizing the genre with the 1961 release of Fantastic Four.

Justice League also inspired the long-running animated series, Super Friends, as well as a four-season run on Cartoon Network from 2001-2004.