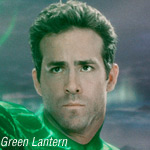 After years of waiting, Green Lantern arrives in theaters this weekend as Warner Bros. looks to turn DC Comics’ emerald warrior into a major tentpole franchise.

Warner Bros. is look to its recently re-organized DC Entertainment unit to provide properties capable of replacing the venerable and profitable Harry Potter series on its schedule, and the performance of Green Lantern will be the first big test of the DC properties.

Here’s the trailer for the film:

The only major new opener challenging Green Lantern is Fox’s family comedy Mr. Popper’s Penguins, starring Jim Carrey and a number of digital birds. Rhythm & Hues and Hydraulx FX contributed visual effects to the film, which opens in about 3,200 theaters.

Holdover competition comes from Super 8, which will have its legs tested for the first time, X-Men: First Class and the still-strong Kung Fu Panda 2 from DreamWorks Animation. Meanwhile, Disney’s Pirates of the Caribbean: On Stranger Tides looks to continue its world-beating streak, having passed the $900 million mark, with about $700 million of that coming from international markets.

And it’s now only about a week to the debut of the most-recent Pixar entry, Cars 2, which rolls into theaters June 24.