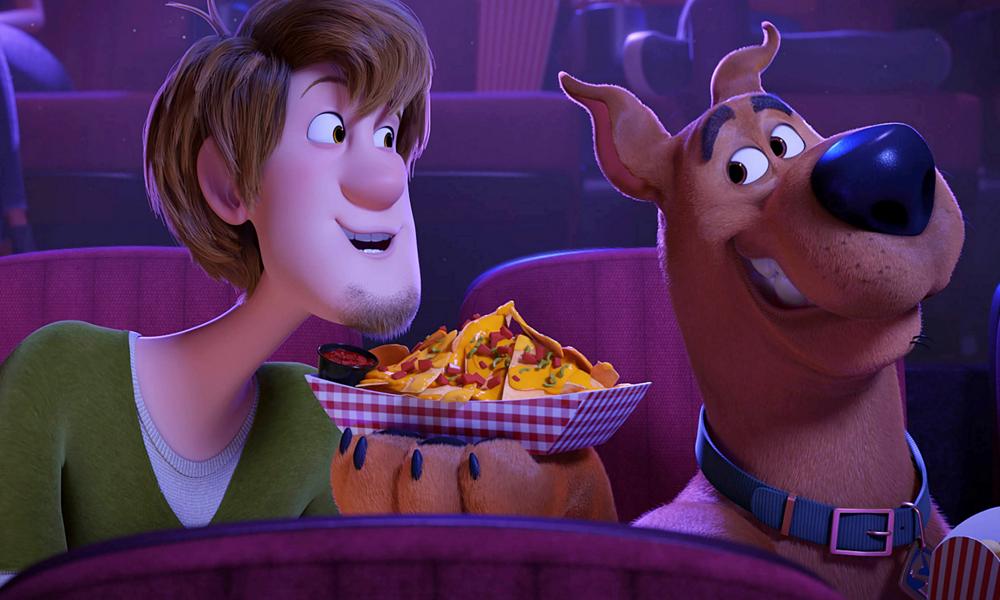 Break out the popcorn and Milk Duds (or Milk-Bones), grab a comfy seat and get ready to connect with friends and family, because Scooby-Doo and the whole Mystery Inc. gang are bringing the party to your house. On Friday, May 15, everyone is invited to the Twitter #ScoobMovieNight premiere event, hosted by the big dog himself, to celebrate the release of the brand new, fully animated, full-length action adventure feature Scoob! on Premium Video on Demand or Premium Digital Ownership.

Virtual attendees can also check out TikTok dance videos from the hugely popular #ScoobDance challenge that has rocked over 3 billion views; plus trivia questions, interviews and, yes, in honor of the beloved Great Dane with the great big heart … dogs, dogs and more adorable dogs; along with a new Scoob-themed PSA from Best Friends Animal Society (bestfriends.org) about helping homeless dogs and cats find their own best friends, just like Scooby and Shaggy did.

Following the exciting preshow, fans across the U.S. and Canada who then want to watch the movie can rent or buy Scoob! and share Tweets about their favorite moments using #ScoobMovieNight. Scoob! will be available for a 48-hour rental via Premium Video On Demand for $19.99, or premium digital ownership for $24.99, beginning on Friday, May 15 (prices listed SRP) on participating digital platforms. For more details and to pre-order your copy now, visit WatchScoob.com.

(Psst! Enjoy the movie even more with this fun family activity pack!)

Scoob! reveals the never-before-told story of Scooby’s origins. It shows how one of history’s most famous friendships began when an adorable, homeless puppy met a lonesome young boy named Shaggy, and how the two of them joined forces with aspiring young detectives Fred, Velma and Daphne to become the celebrated Mystery Inc. Now, with hundreds of cases solved and adventures shared, Scooby and the gang face the biggest and most challenging mystery of their careers: a plot that will unleash the legendary ghost dog Cerberus upon the world. As they race to stop this “dogpocalypse,” they discover that Scooby has a secret legacy and an epic destiny greater than anyone imagined.

It was directed by Warner Bros. animation stalwart Tony Cervone, an Annie Award nominee for the feature film Space Jam, two-time Emmy nominee for his work on Duck Dodgers and one of the creators of the popular Scooby-Doo series Mystery Incorporated.

SCOOB! The Album features exclusive tracks from top artists and rising stars including lead singles “Summer Feelings” and “On Me,” plus brand new songs from Jack Harlow, Galantis feat. Faouzia, R3HAB feat. A R I Z O N A, Pink Sweat$ and more.