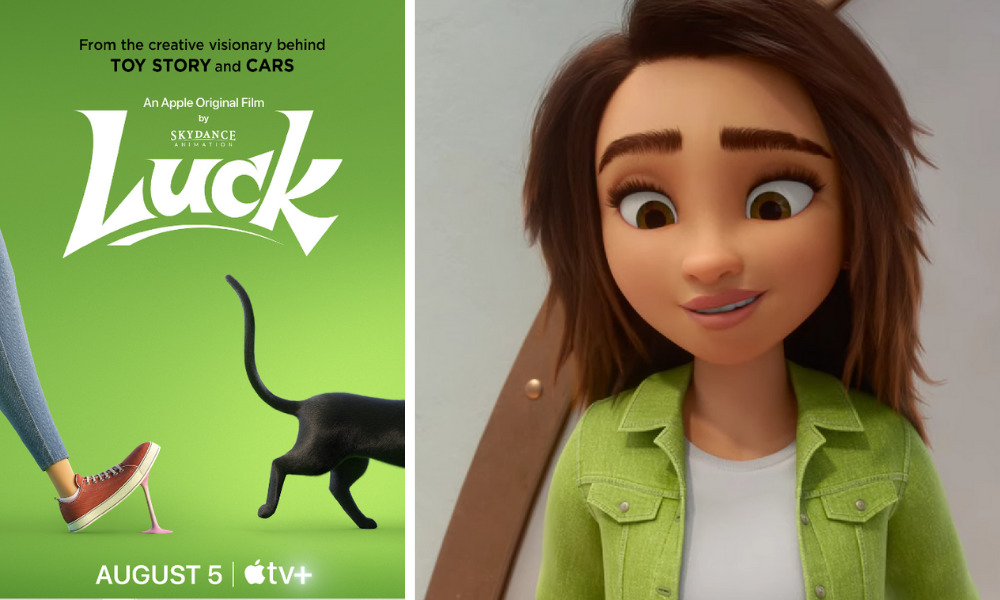 Friday the 13th feels a whole lot luckier this year, since the teaser trailer for the upcoming CG-animated feature Luck was just released by Apple Original Films and Skydance Animation. In the spot, Bob — a lucky black cat with a charming Scottish Burr — takes us on a a sure-footed tour of the industrious Land of Luck.

Luck is set to premiere worldwide on Apple TV+ on August 5.

Synopsis: Luck is the story of Sam Greenfield, the unluckiest person in the world. When she stumbles into the never-before-seen Land of Luck, Sam sets out on a quest to bring some good luck home for her best friend. But with humans not allowed in this world, her only chance is to team up with the magical creatures who live there.

Directed by Emmy winner Peggy Holmes (The Little Mermaid: Ariel’s Beginning, Secret of the Wings), exclusive first look footage of Luck will be revealed at the upcoming Annecy International Animation Film Festival’s Work in Progress sessions on June 14. Holmes, along with key members of the animation team, will share insights into the creative journey behind this highly anticipated, must-see family event.