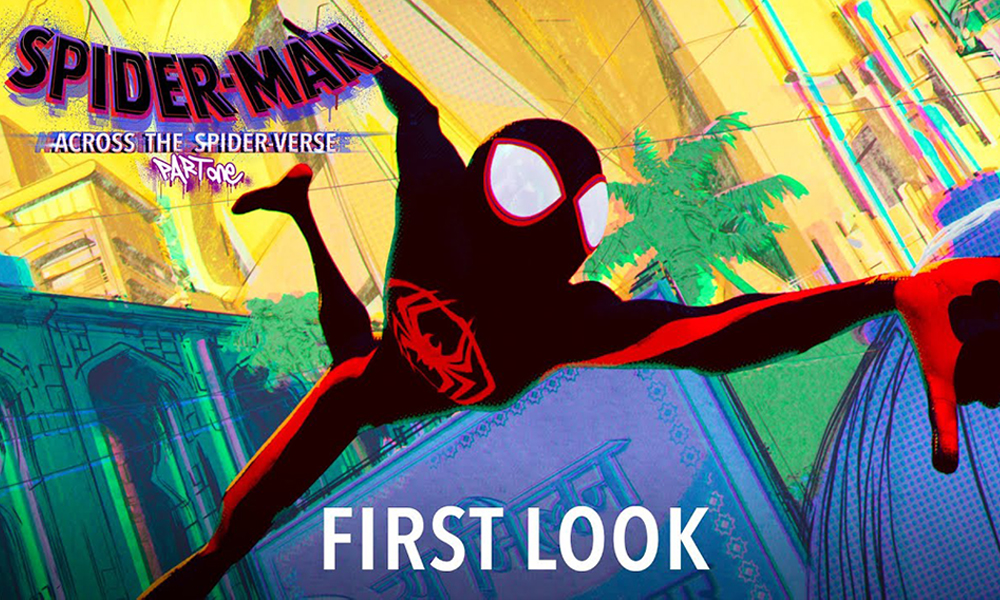 Meanwhile in another another universe…

Over the weekend, Sony Pictures Animation surprised fans by dropping a first-look teaser for Spider-Man: Across the Spider-Verse (Part One) — the hotly anticipated sequel to its groundbreaking, Oscar, Golden Globe, BAFTA and seven-time Annie Award-winning 2018 animated feature Spider-Man: Into the Spider-Verse.

The spot opens on young hero Miles Morales (voiced by Shameik Moore) relaxing in his room, when from across a vibrantly colored portal, Gwen (Hailee Steinfeld) quite literally drops in. We are then transported to the glitchy, sketchy, electrified-comic-book world of the Multiverse, where Miles’ spidey persona has a run-in with Spider-Man 2099, a.k.a. Miguel O’Hara (Oscar Isaac).

The official synopsis promises “an epic adventure that will transport Brooklyn’s full-time, friendly neighborhood Spider-Man across the Multiverse to join forces with Gwen Stacy and a new team of Spider-People to face off with a villain more powerful than anything they have encountered.” Overall, this first look has given both Marvel fans and animation lovers plenty to talk about, and another stunning swing on the web to look forward to.

As preivously announced, the sequel is being directed by Soul co-director Kemp Powers, Joaquim Dos Santos (The Legend of Korra) and Justin K. Thompson (production designer, Spider-Man: Into the Spider-Verse), the latter making their feature directorial debuts. Across the Spider-Verse (Part One) is written by Oscar-winning duo Phil Lord & Chris Miller with Dave Callaham (Wonder Woman 1984). This summer, SPA also announced that Emmy and Golden Globe nominee Issa Rae (Insecure, Hair Love) would be joining the cast to voice Jessica Drew, the first iteration of Spider-Woman introduced in 1977.

Spider-Man: Across the Spider-Verse (Part One) is slated to hit screens in premium formats and IMAX, exclusively in movie theaters, on October 7, 2022.