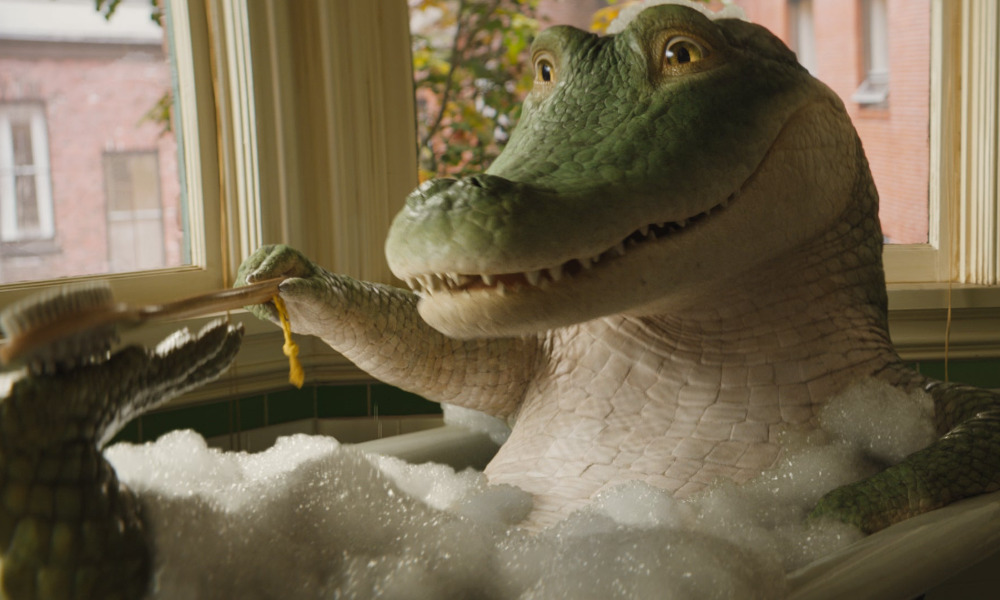 Lyle, Lyle, Crocodile will be arriving in theaters on Oct. 7.

Sony Pictures is inviting audiences to take a peek at its live-action/CG hybrid musical adaptation of Lyle, Lyle, Crocodile. The 1960s children’s book by Bernard Waber is being brought to the big screen by directors/producers Will Speck & Josh Gordon (upcoming projects Distant, Hit Monkey) from a script by Will Davies (How to Train Your Dragon, Johnny English), with original songs by Oscar-winning duo Benj Pasek & Justin Pal (La La Land, The Greatest Showman).

The film’s official plotline reads: “When the Primm family (Constance Wu, Scoot McNairy, Winslow Fegley) moves to New York City, their young son Josh struggles to adapt to his new school and new friends. All of that changes when he discovers Lyle – a singing crocodile (Shawn Mendes) who loves baths, caviar and great music-living in the attic of his new home. The two become fast friends, but when Lyle’s existence is threatened by evil neighbor Mr. Grumps (Brett Gelman), the Primm’s must band together with Lyle’s charismatic owner, Hector P. Valenti (Javier Bardem), to show the world that family can come from the most unexpected places and there’s nothing wrong with a big singing crocodile with an even bigger personality.”

Sony has had great luck with hybrid family movies such as Stuart Little and The Smurfs, so this colorful, music-filled family movie could be a winner for the studio again. The other big titles set for release in October are Black Adam, Hocus Pocus 2 and Wendell & Wild.

The original books were adapted into a musical animated special for HBO in 1987, animated and directed by Michael Sporn. The big screen adaptation is being produced by Speck & Gordon and Hutch Parker; exec produced by Dan Wilson (Hutch Parker Ent.), Kevin K. Vafi (Speck & Gordon) and Pasek & Paul. Brittany Morissey is overseeing the project for Sony Pictures. Among the vfx houses working on the film are Framestore, Method, OPSIS and Day for Nite.

Lyle, Lyle, Crocodile will be singing his way to the big screen on October 7. 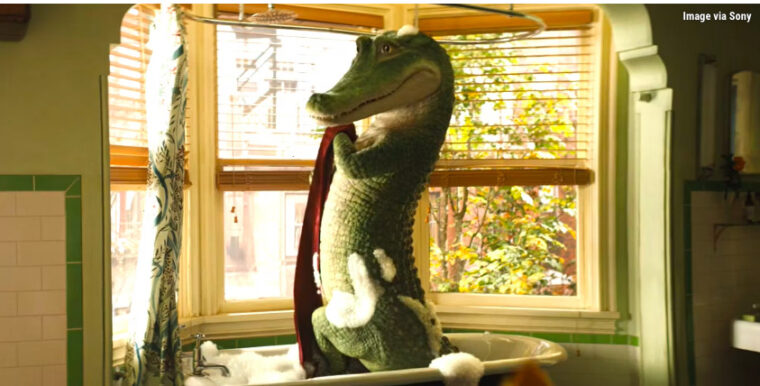 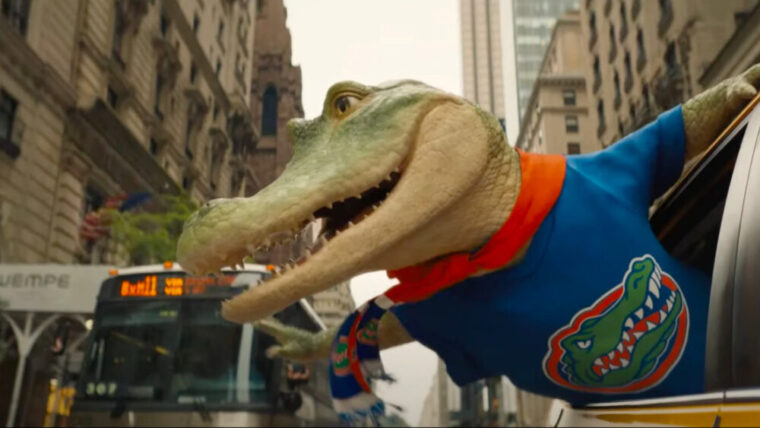