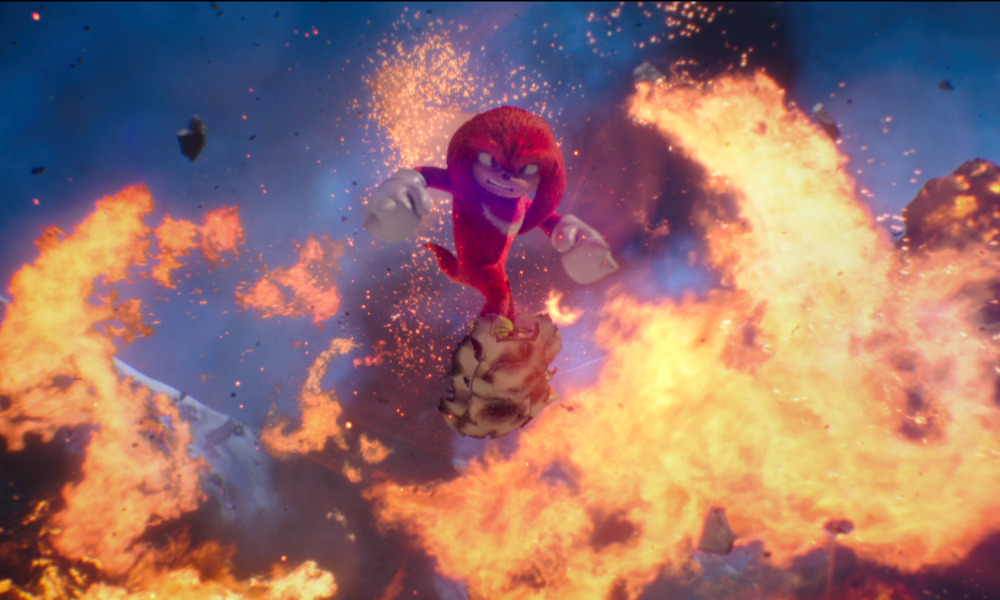 Paramount Pictures today released a fresh new clip from the highly anticipated hybrid sequel Sonic the Hedgehog 2, blasting into theaters on April 8. The sneak peek finds Sonic (voiced by Ben Schwartz) and his echidna adversary Knuckles (Idris Elba) shredding powder down a snowy mountain — as they try to shred each other verbally and pugilistically.

Fans were also treated to the music video drop for Kid Cudi‘s song “Stars in the Sky” for the movie. The video sees the artist lift off in one of Dr. Robotnik’s eggpods, swooping in between scenes from the live-action/CGI film and pixelated animation inspired by the original 1991 SEGA video game.

Film synopsis: After settling in Green Hills, Sonic is eager to prove he has what it takes to be a true hero. His test comes when Dr. Robotnik returns, this time with a new partner, Knuckles, in search of an emerald that has the power to destroy civilizations. Sonic teams up with his own sidekick, Tails (voiced by Colleen O’Shaughnessy), and together they embark on a globe-trotting journey to find the emerald before it falls into the wrong hands. Also starring James Marsden, Tika Sumpter, Natasha Rothwell, Adam Pally, Lee Majdoub, Shemar Moore and Jim Carrey.

Tickets are on sale now at sonicthehedgehogmovie.com.