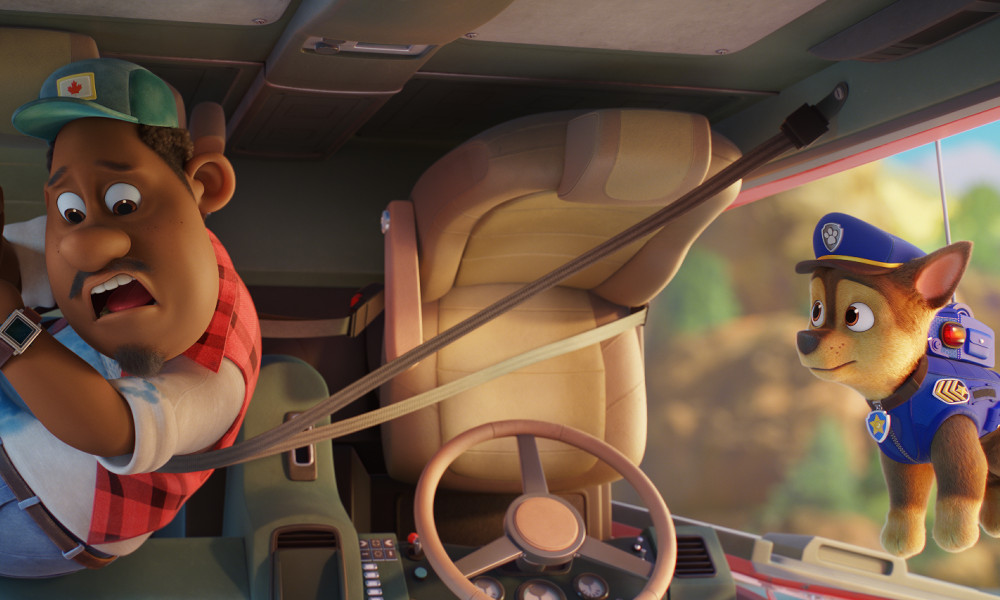 Paramount is offering up a treat everypup can enjoy: a sneak peek at the first six minutes of PAW Patrol: The Movie, now playing in theaters and on Paramount+. The thrilling intro sees a tanker trucker in pendulous peril on the bridge to Adventure Bay — thankfully, a good Samaritan is on hand to call in the city’s famous first responders to lend a few helping paws!

Synopsis: When their biggest rival, Humdinger, becomes Mayor of nearby Adventure City and starts wreaking havoc, Ryder and everyone’s favorite heroic pups kick into high gear to face the challenge head on. While one pup must face his past in Adventure City, the team finds help from a new ally, the savvy dachshund Liberty. Together, armed with exciting new gadgets and gear, the PAW Patrol fights to save the citizens of Adventure City!

Based on the TV series created by Keith Chapman, PAW Patrol: The Movie is directed by Cal Brunker (The Nut Job 2, Escape from Planet Earth) from a screenplay by Billy Frolick and Brunker & Bob Barlen; story by Frolick. The film is produced by Jennifer Dodge, p.g.a., and exec produced by Ronnen Harary, Adam Beder and Peter Schlessel.