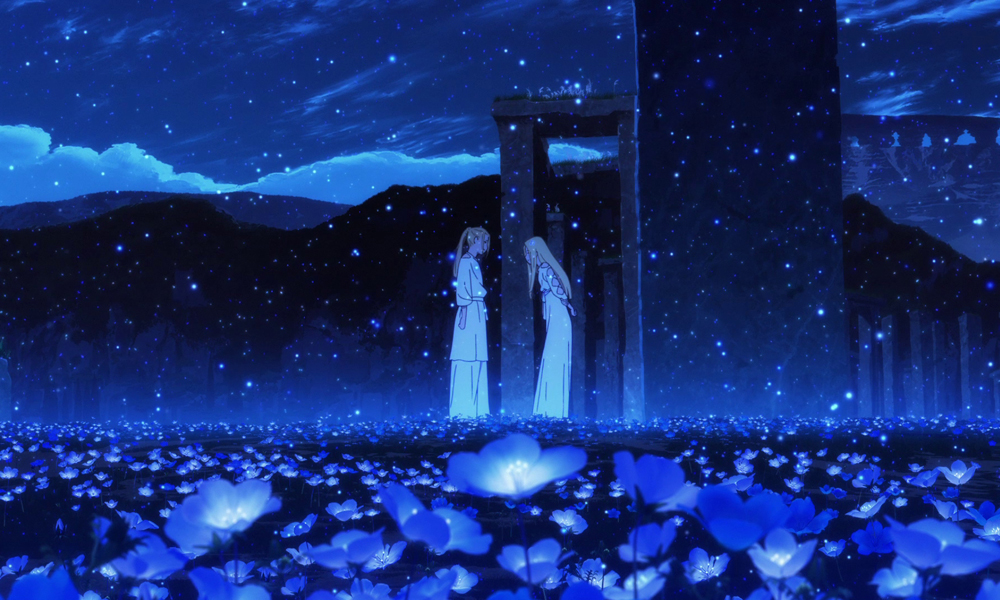 Eleven Arts Anime Studio has announced the English dub cast and English dubbed trailer for Maquia: When the Promised Flower Blooms. Maquia, which premiered at theaters across North America in July in Japanese, will now be released with an English language on September 21st.

Maquia is the directorial debut of renowned screenwriter Mari Okada. The film dives into the dilemmas of motherhood, adolescence, femininity, and leadership. Okada wraps all these poignant themes into a sweeping epic with well-developed characters, emotional gravitas, stunning visuals, and an exhilarating score by composer Kenji Kawai (Ghost in the Shell). The film, hot off its initial February release, quickly made its way across the globe to premiere at the Glasgow Film Festival, where it captivated audiences. Maquia: When the Promised Flower Blooms also won the Best Animated Film Award at Shanghai International Film Festival.

Here is the plot description: Far from the lands of men, the long-lived people of Iorph weave the threads of human fate into a fabric called Hibiol. Here, an orphan named Maquia lives an oddly lonesome existence despite being surrounded by beloved friends — but everything is thrown into chaos when a Mezarte army and their dragons come to reap the Iorphs’ powers of longevity with violence. Managing to escape, Maquia finds a baby boy left alone in the world by the carnage. She takes him to raise as her own, names him Ariel, and watches him grow up as she herself retains the form of a young girl.

For additional information on the film, please visit: https://www.elevenarts.net/animedistrbution/maquia