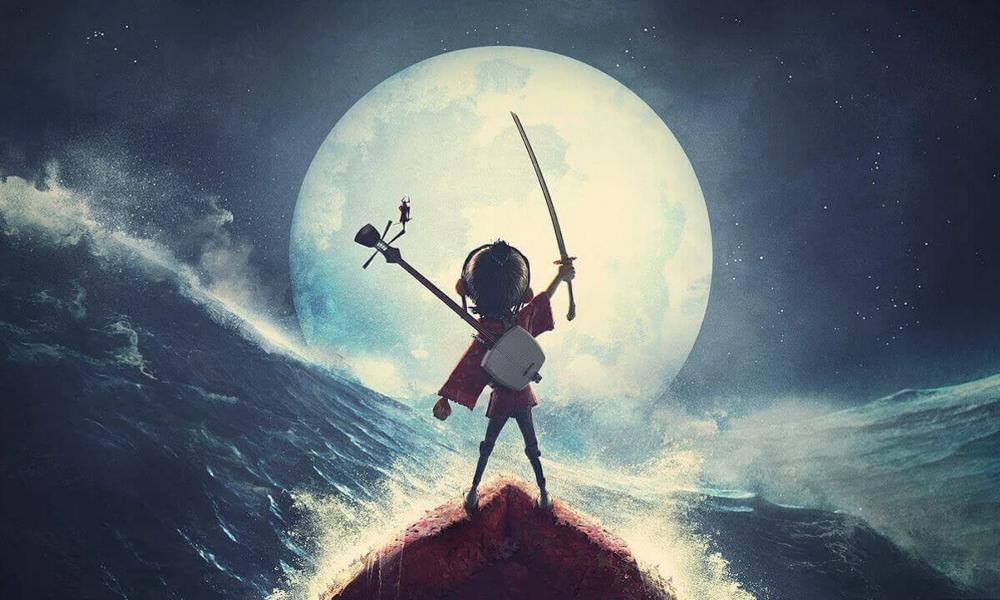 LAIKA, the award-winning animation studio nestled in the heart of the Pacific Northwest, celebrates 15 years of bold, memorable and award-winning filmmaking this month. With its world-class filmmaking team and a commitment to make “movies that matter,” LAIKA pushes the boundaries of family entertainment and animated movies, redefining what stories can and should be told through the art form — distinctive and enduring stories that pack an emotional punch. Over 15 years and five films, LAIKA has become the home of beloved modern stop-motion classics that are essential viewing for discerning fans of animated films.

By combining stop-motion animation with cutting-edge creative approaches, LAIKA has embraced the fusion of art, craft and technology, honoring tradition while looking toward the future. LAIKA discovered new processes for integrating practical and digital visual effects to make the “worlds” in their movies more authentic. The studio has invented new systems and technologies for liberating the camera to make its films more cinematic and brought world-renowned innovation to the technique of building and animating stop motion puppets to make characters more lifelike and to connect more immediately and intimately with audiences. 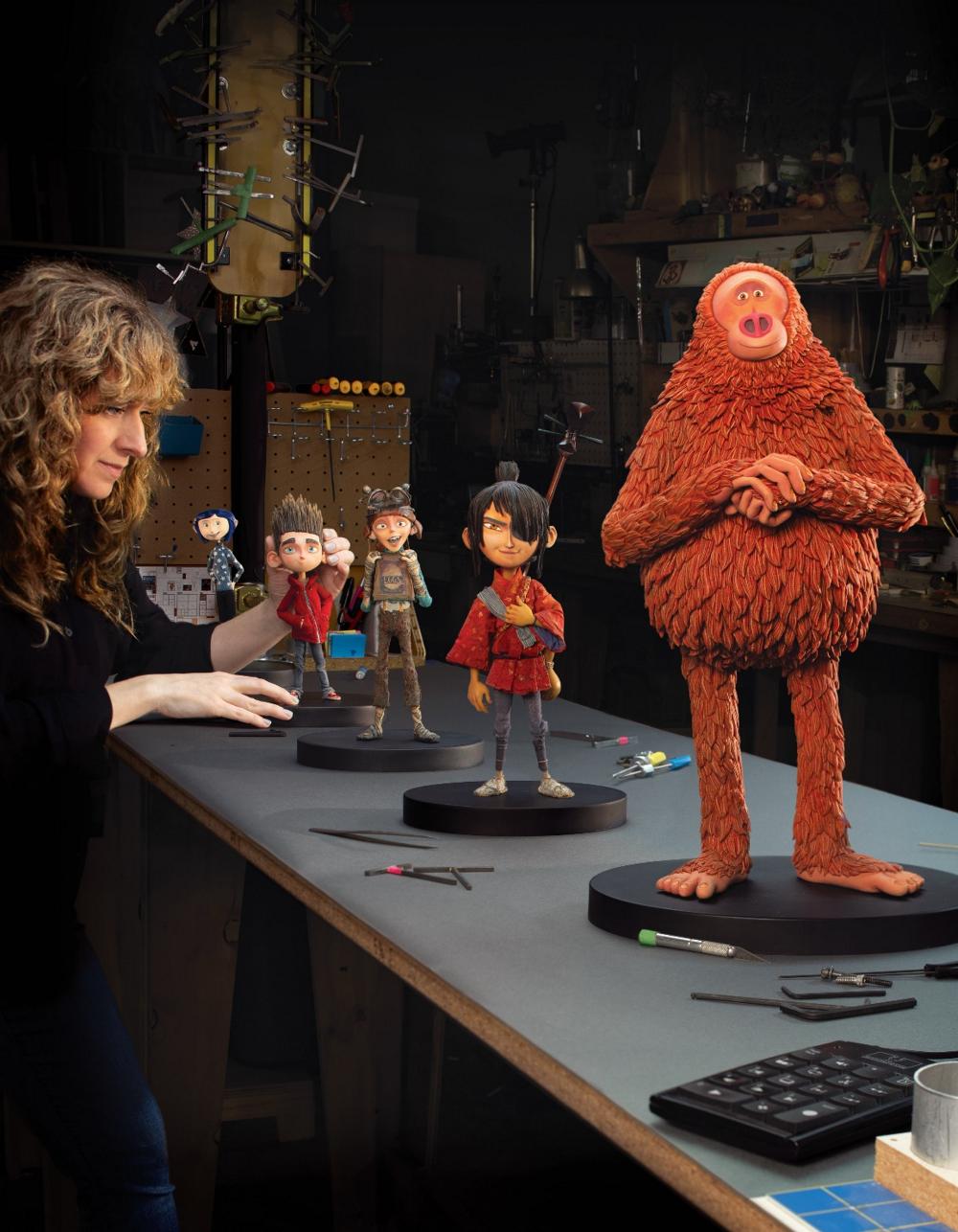 LAIKA began its unconventional cinematic journey with Coraline in 2009, continuing with ParaNorman (2012), The Boxtrolls (2014), Kubo and the Two Strings (2016) and Missing Link (2019). All five films featured LAIKA’s unique and innovative 3D stop-motion and CG hybrid technique.

In addition to numerous critics’ awards, multiple Annie Awards and a VES Award win, all five of LAIKA’s feature films have been nominated for Academy Awards and PGA Awards for Best Animated Feature. Kubo and the Two Strings won the BAFTA Award and scored an Oscar nomination for visual effects, only the second time in history an animated feature had made the cut. Earlier this year, Missing Link took home the Golden Globe Award. ParaNorman was cited as the year’s best animated feature by more critics’ groups than any other film in 2012, and Coraline was named one of the American Film Institute’s Top 10 Films of the year. In 2016, LAIKA received the Scientific & Technology Oscar for its innovation in 3D printing in facial animation.

Missing Link (April 12, 2019): Sir Lionel Frost is a brave and dashing adventurer who considers himself to be the world’s foremost investigator of myths and monsters. The trouble is no one else seems to agree. As far as species go, Mr. Link is as endangered as they get; he’s possibly the last of his kind, he’s lonely, and he believes that Sir Lionel is the one man alive who can help him. Along with the independent and resourceful Adelina Fortnight, who possesses the only known map to the group’s secret destination, the unlikely trio embarks on a riotous rollercoaster ride of a journey to seek out Link’s distant relatives in the fabled valley of Shangri-La.

Kubo and the Two Strings (August 19, 2016): An epic action-adventure set in a fantastical Japan. Kindhearted Kubo ekes out a humble living, telling stories to the people of his seaside town. But his relatively quiet existence is shattered when he accidentally summons a spirit from his past which storms down from the heavens to enforce an age-old vendetta. Now on the run, Kubo joins forces with Monkey and Beetle and sets out on a thrilling quest to save his family and solve the mystery of his fallen father, the greatest samurai warrior the world has ever known. With the help of his shamisen — a magical musical instrument — Kubo must battle gods and monsters, including the vengeful Moon King and the evil twin Sisters to unlock the secret of his legacy, reunite his family and fulfill his heroic destiny.

The Boxtrolls (September 26, 2014): This comedic fable unfolds in Cheesebridge, a posh Victorian-era town obsessed with wealth, class, and the stinkiest of fine cheeses. Beneath its charming cobblestone streets dwell the Boxtrolls, foul monsters who crawl out of the sewers at night and steal what the townspeople hold most dear: their children and their cheeses. At least, that’s the legend residents have always believed. In truth, the Boxtrolls are an underground cavern-dwelling community of quirky and lovable oddballs who wear recycled cardboard boxes the way turtles wear their shells. The Boxtrolls have raised an orphaned human boy, Eggs, since infancy as one of their dumpster-diving and mechanical junk-collecting own. When the Boxtrolls are targeted by villainous pest exterminator Archibald Snatcher, who is bent on eradicating them as his ticket to Cheesebridge society, the kindhearted band of tinkerers must turn to their adopted charge and adventurous rich girl Winnie to bridge two worlds amidst the winds of change – and cheese.

ParaNorman (August 17, 2012): In this comedy thriller, a small town comes under siege by zombies. Who can it call? Only misunderstood local boy Norman, who is able to speak with the dead. In addition to the zombies, he’ll have to take on ghosts, witches and, worst of all, grown-ups, to save his town from a centuries-old curse. But this young ghoul-whisperer bravely summons up all that makes a hero – courage and compassion – as he finds his paranormal activities pushed to their otherworldly limits.

Coraline (February 6, 2009): Combining the visionary imaginations of two premier fantasists, director Henry Selick (The Nightmare Before Christmas) and author Neil Gaiman (Sandman), this wondrous and thrilling, fun and suspenseful adventure was the first stop-motion film ever to be conceived and photographed in stereoscopic 3-D, unlike anything moviegoers had ever experienced before. In Coraline, a young girl walks through a secret door in her new home and discovers an alternate version of her life. On the surface, this parallel reality is eerily similar to her real life – only much better. But when this wondrously off-kilter, fantastical adventure turns dangerous and her counterfeit parents try to keep her forever, Coraline must count on her resourcefulness, determination and bravery to get back home and save her family.

You may also like...
Related Topics:featured, Kubo and the Two Strings, LAIKA
Geographic Region:North America