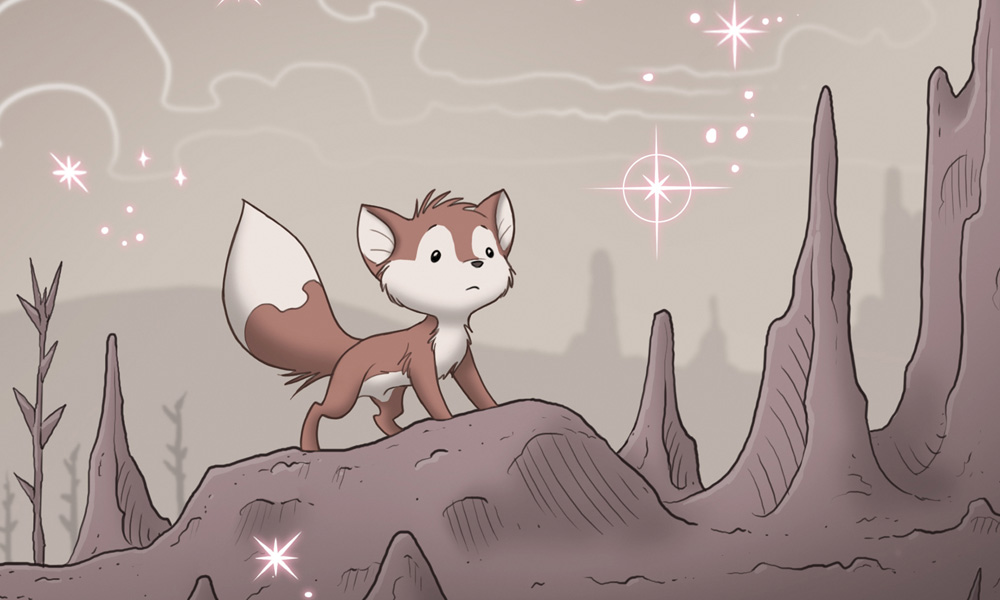 Acclaimed Canadian animator Michel Gagné has launched the first teaser for his largely solo feature animation effort The Saga of Rex. Gagné has been working full-tilt on the crowdfunded project for the past two years. The artist — whose recent credits include Spider-Man: Into the Spider-Verse, Teen Titans GO! To the Movies, My Little Pony: The Movie and short film Synesthesia — opted to share the footage before he steps away to tackle effects animation for Netflix’s upcoming Magic: The Gathering series.

Since starting full time on “The Saga of Rex” on September 4th, 2017, I have created an articulated animatic of the 68-minute film which contains rough layouts, rough poses, rough animation breakdown, rough FX and camera moves, all synchronized to the score. I’ve managed to complete over 10 minutes of finished color footage (including reworking and upgrading 3 minutes from the Kickstarter).

Aside from the adapted screenplay, by my friend, Jesper Moller, and some help on the in-betweens by my pal, Seung Kim, the film has been and remains up to this point, a solo effort. Last year, we didn’t renew the option with Grid Animation (the Belgian company which held the movie rights for the past 5 years), so everything reverted back to me. Now, all options are open. Let’s see where the future takes it.