Gulfstream brings with it financing from an initial multi-million-dollar development fund from Redrover Ltd., the Korea-based 3D technology and production company, as well as a consortium of U.S. private equity funds.

The Nut Job will be produced by Redrover and ToonBox Entertainment, the Toronto animation studio, which becomes a sister company to Gulfstream.

Under the two-year pact, Gulfstream will be based on the Warners lot in Burbank and will co-finance development with Warner with the option of co-financing the films, which will be distributed worldwide by Warner. Gulfstream is currently meeting with additional investors to complete the formation of a $200 million film fund, of which Redrover and the U.S. private equity funds are lead investors.

“Mike and Bill have been valued members of the Warner family for a long time,” said Greg Silverman, Warners president of production. “We’re excited to extend our relationship to include Gulfstream and eagerly anticipate making more great movies together.”

Hoe-jin Ha, Redrover CEO, said, “This opportunity is a historic step for the Korean film industry. We are very excited to set up this fund, supported by Warner Bros., and we look forward to co-financing many films through this partnership with Gulfstream.”

Based on the 2005 short film Surly Squirrel, the movie finds Surly and his rat friend Buddy as two streetwise rodents who plan an exciting caper and upend the solitude of their city park home. Lepeniotis also directed the 3-D animated series Bolts and Blip, another ToonBox and Redrover co-pro. The feature will be exec produced by Hong Kim and produced by Ria Westaway and Thom Chapman, VP of business development and sales at Toronto-based ToonBox Entertainment. The script is by toon veteran Lorne Cameron (Over the Hedge, Brother Bear, Ratatouille). 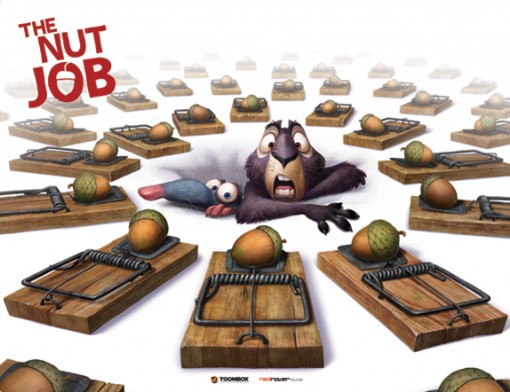