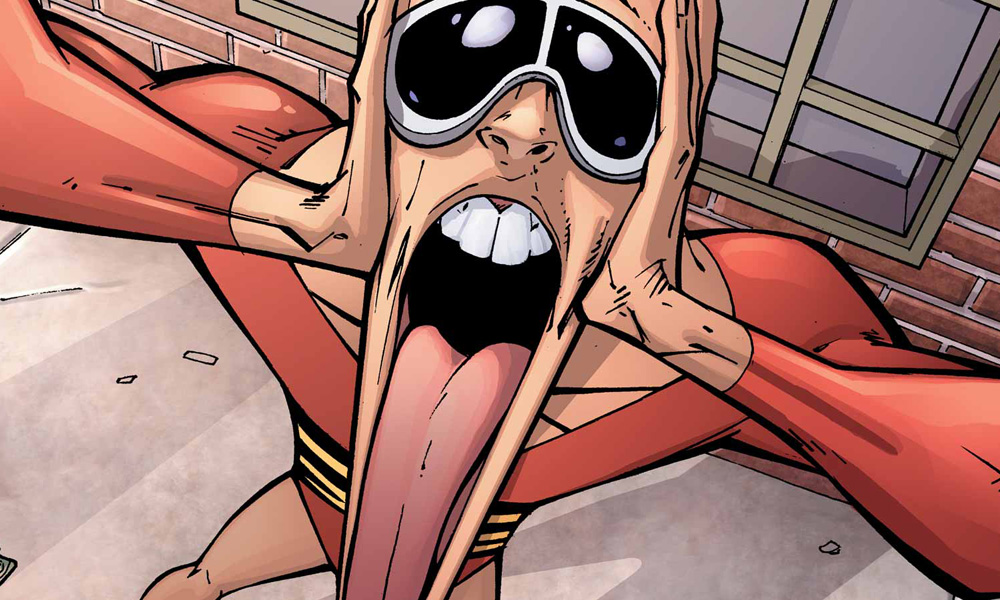 The miracles of technology are making the most fantastical stories and characters come to life on the big screen all the time these days. Case in point: Warner Bros. has announced a major motion picture treatment of DC Comics superhero Plastic Man.

Planned as a comedic action-adventure which will capture the light-hearted tone of the character, the project has up-and-comer Amanda Idoko (ABC’s The Mayor; 2019 feature Breaking News in Yuba County) on board to write the script. Bob Shaye, former co-founder of New Line, is the executive producer.

Plastic Man was originally created by Jack Cole for Quality Comics in 1941, and was snapped up by DC when the publisher shuttered in 1956. The character’s everyday identity is as Patrick “Eel” O’Brian, a former gangster who turns over a new leaf after he’s shot and doused in a strange chemical during a heist gone wrong. Left for dead by his fellow criminals, O’Brian awakens to find he has the power to shape-shift and stretch his body in nearly limitless ways. Over the years, he’s teamed up with a number of squads, from the Justice League to the FBI.