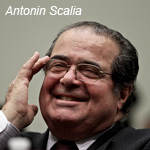 Jumping on the recent spotlight on Judge Antonin Scalia, Warner Bros. has announced that it’s going ahead with a new live-action/animated hybrid feature titled Scalia & Snagglepuss: The Adventure Begins. Slated for a summer 2015 release, this delightful family comedy will follow the wacky shenanigans of the longest-serving justice on the U.S. court and the animated flamboyant Hanna Barbera lion as they are forced to room together due to unforeseen circumstances.

“We thought this was the perfect time to really delve into the lighter sight of the Justice and explore chapters in his life that haven’t really been picked up by the media,” says Jaime Shaban, the recently hired VP of development at Warner Bros. Feature Animation. “Scalia and Snagglepuss will learn to laugh at each other’s differences, although the grumpy judge has a very hard time putting up with Snagglepuss’ party animal friends and their love for Lady Gaga’s music. We think this is going to be even bigger than The Oogiloves.”

British actor Bob Hoskins has expressed interest in portraying Scalia in the feature, while Oscar-nominated Australian star Hugh Jackman is among the top names considered to voice the rambunctious animated lion.

In a brilliant synergetic movie, the producers plan to introduce other characters from the world of animation and children’s entertainment in the feature. Among the names thrown in by insiders at this time are SpongeBob SquarePants (Nickelodeon), Batman & Robin (DC Comics), Bert and Ernie (Sesame Street), Tinkie Winkie (Teletubbies), Peppermint Patty (Peanuts) and Velma (Scooby-Doo). To open up the appeal of the franchise to teens and their parents, producers plan to write in special appearances by Lindsay Lohan, Justin Bieber and some of the former stars of Disney Channel’s girl-skewing sitcoms, right after they check out of rehab.

Since most of the vfx studios in the U.S. will have laid off all their staff by the time the movie goes into production, the film’s CG animation will be produced by talented interns at an orphanage in an unnamed third world country. Shaban will also offer a TV packaged version of the Scalia & Snagglepuss to MIPCOM buyers in April.

“We’re all about 360 media, social media, multi-platforms, third, fourth, fifth screens, transmedia, transgenders, transplanetary projects and whatever cool buzzwords you’d like us to throw your way,” said the eager executive. “Oh, and we really hate bullies too. I think women should really lean in more at work. We also think it’s just awful that IKEA uses horsemeat in their Swedish meatballs. What’s that all about?” 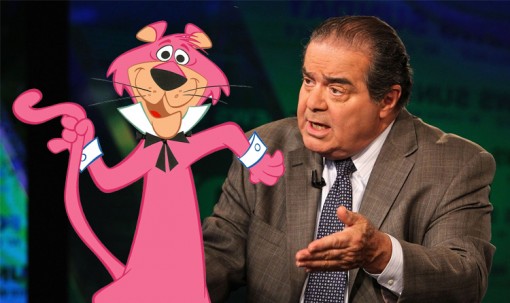