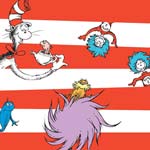 The Cat will be hanging up his hat in a new animated feature home, as Warner Animation Group has announced a new partnership with Dr. Seuss Enterprises to “produce multiple feature films based on the iconic characters and stories created by Dr. Seuss,” a.k.a. Theodor Seuss Geisel (1904-1991). First on the slate is perennial favorite The Cat in the Hat.

“Our Pictures Group is home to some of the world’s most popular film franchises, and we’re honored to add Dr. Seuss titles to that roster,” said Toby Emmerich, chairman of Warner Bros. Pictures Group. “With Warner Animation Group, we’ve really revitalized our feature animation activities, and this partnership with Dr. Seuss Enterprises will continue our move into world-class, wide-appeal animated fare.”

“For generations, Dr. Seuss has entertained and delighted children and adults alike with his whimsical tales,” Susan Brandt, president of Dr. Seuss Enterprises, said. “Our partnership with Warner Animation Group continues those efforts by reimagining the beloved characters and stories for theater-going audiences, while keeping the integrity of Dr. Seuss’s vision intact.

WAG is now putting together key creatives for a variety of Seussian adaptations, with WAG’s Executive VP Allison Abbate managing the partnership slate. In addition to the well-accessorized Cat, German-American author and cartoonist Dr. Seuss brought to the world beloved characters such as Horton, The Lorax and The Grinch.

“I could not be more excited about the opportunity to work on films based on Dr. Seuss’ wildly creative and iconic works,” Abbate said. “Everybody knows and loves these characters, and the fun part of making these films will be staying true to the Seuss sensibilities while finding a dynamic cinematic expression of their beloved stories. We can’t wait to get started.”

A feature animation adaptation of The Grinch is due out November 9 from Universal Pictures and Illumination Entertainment, which also delivered the 2012 CG take on The Lorax. Blue Sky Studios delivered the CG-animated Horton Hears A Who! feature for Fox in 2008. These fared a bit better with audiences and critics than live-action outings The Cat in the Hat (2003) starring Mike Myers and How the Grinch Stole Christmas (2000) starring Jim Carrey.

Dr. Seuss’ works have also inspired a number of popular cartoons, such as Chuck Jones’ take on Grinch (1966) and Portfolio Entertainment’s hit kids’ series The Cat in the Hat Knows a Lot About That! Warner Bros. actually provided the first Seussian short with Leon Schlesinger Productions: Horton Hatches the Egg, directed by Bob Clampett. 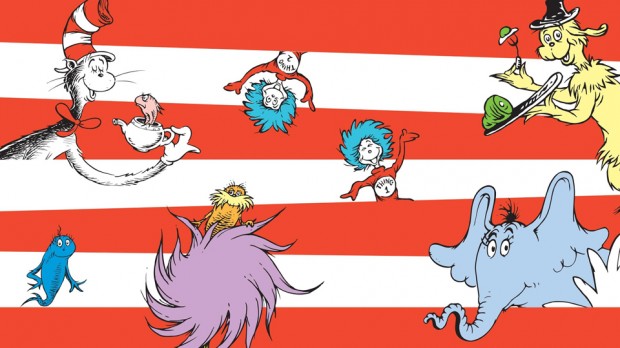