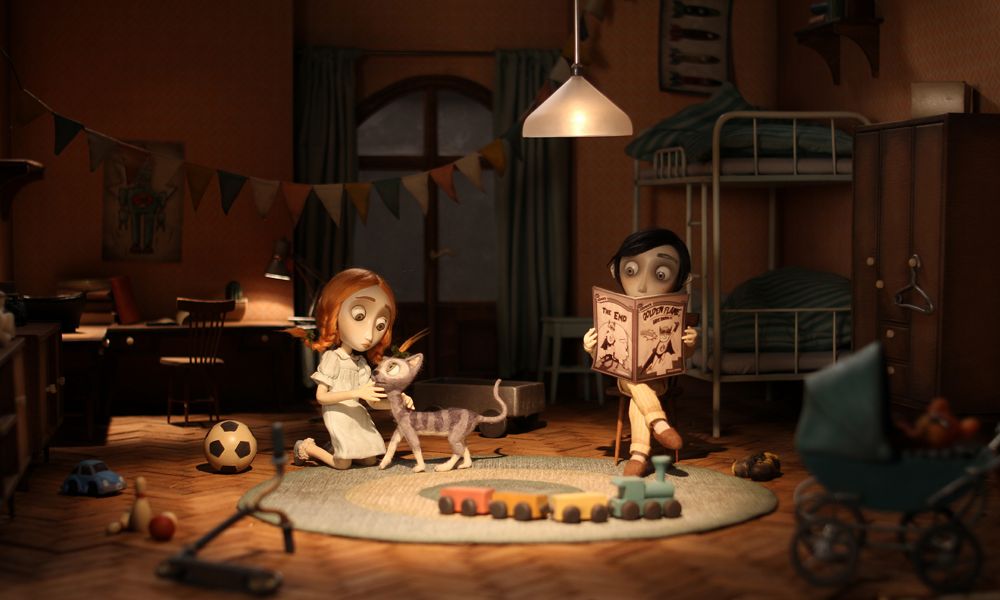 Adapted from short stories by Czech author Arnost Goldflam, Of Unwanted Things and People is built on the premise of an aging writer who decides to leave a legacy of stories for his grandchildren. In his tales, the old man tackles themes that are often considered taboo in children’s stories, but which can prove essential in their social development: the death of parents, the loneliness of elderly people whose lives are driven by routines, the fugue of a little boy who feels misunderstood by his parents and who finds refuge in a strange and wonderful universe.

After meeting with the producers during last year’s CEE Animation Workshop (www.ceeanimation.eu/workshop), Vivement Lundi! got to know the project and signed a co-development agreement in January with the Czech, Slovak and Slovenian partners. The co-producers are currently working on the development of the script and hope to be able to start production next September. The budget is €2.5 million (~$2.8 million USD).

Based in Rennes, Vivement Lundi! has produced animated films and series for over 20 years. The company received the Cartoon Tribute for European Producer of the Year at Cartoon Movie 2015. Memorable, the studio’s latest stop-motion animated short, is an international success with three Annecy Festival 2019 awards and a nomination for the Academy Award for Best Animated Short this year.

Besides Of Unwanted Things and People, Vivement Lundi! is currently co-producing three other feature films: Flee by Jonas Poher Rasmussen, a Danish film produced by Final Cut For Real and the studio Sun Creature, wrapping post-production; Dogs and Italians Not Allowed by Alain Ughetto, a stop-motion animated feature produced by Les Films du Tambour de Soie currently being filmed in Valence, France at Folioscope Studio; Yuku by Arnaud Demuynck and Rémi Durin, a Belgian animated musical for young audiences produced by Artemis, in the funding stage.

At Cartoon Forum 2020, Vivement Lundi! will present its 2D feature film for kids and families, The Horn Quartet, adapted from the books by Yves Cotten and directed by Benjamin Botella. The movie project follows successful Horn Quartet TV specials produced by Vivement Lundi! and distributed by Superights.