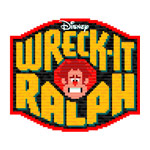 One of the most winning qualities of the upcoming Disney animated feature Wreck-It Ralph is how it beautifully mixes our nostalgia for the early videogames we grew up with an involving story featuring characters we can root for. This week, the studio has release three “vintage” commercials for director Rich Moore’s much-anticipated movie. The three spots are for three of the videogames that can be found at Litwak’s Arcade and within the movie itself—Fix-It Felix, Jr.; Sugar Rush Speedway and Hero’s Duty. Featuring the voices of John C. Reilly, Sarah Silverman, Jack McBrayer, Jane Lynch and Alan Tudyk, the pic opens on November 2nd.