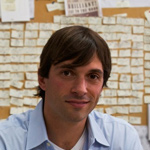 It may not have made the cut for this year’s Oscars animated short film short list, but Nieta remains a delightful example of how effective animation can be at delivering in just a few minutes an unforgettable and deeply touching experience.

Written and directed by Nicolas Villarreal, the film is a touching and impressionistic illustration of the love a young blind girl has for her grandfather. With no dialogue but impressive music by Michael Brennan, the short debuted at Cannes and has been successfully making the rounds on the festival circuit.

We caught up with Villareal, whose previous short was the acclaimed Pasteurized, to talk about the short.

Animation Magazine: How long have you had the idea for Nieta and what prompted you to want to make this as a short?

Nicolas Villareal: I was looking over my sketchbooks and I have drawings of Nieta dating back to 2005, when it was originally a much more complex story. While working on Pasteurized, my first animated short film, I would take breaks and draw a few roughs for Nieta. The first storyboards were just boards to try to get the idea out, usually isolated scenes while I was trying to solidify the story and remove elements that I didn’t need or that didn’t help drive the story.

I wanted to make Nieta because the inspiration came from a family related experience, as it was with Pasteurized. With Pasteurized, the inspiration came from a trip to France, where we went with my family to the Museum of Sciences La Villette in Paris, and we saw an exhibit of fire and water in zero gravity. This was almost 20 years ago, and I was with my brother and my father.

The inspiration of Nieta came from a picture I saw of my mother when she was a child standing with my grandfather. I love looking at old photographs and wondering what was going on at the time the photo was taking. I was looking at an old family album and that picture caught my eye. My mother was around 4 or 6 years old and she was wearing a dark blue dress. There was something about this picture that made me think of the relationship they had. It made me think of myself, and my grandfather from my dad’s side, who I unfortunately never met and only heard stories that my father told me of him. He was a brilliant structural engineer and became the Lead Structure Professor at the National University of Engineering of La Plata in his last twenties, and even though he lost his sight at a very young age, he continued teaching in the university. He was also a member of the very selective Academy of Exacts Sciences, Physics and Nature in Argentina, along with the Noble Prize-winners like Luis Leloir and Bernardo Houssay.

On my mother’s side, I was very close to my grandfather. I remember he would put my drawings on the inside door of his closet when I was younger. He told me once, “So I can see them when I wake up and when I go to sleep.” He was very close to all of his grandchildren, and he would have things from all of us hanging there.

I came to San Francisco to study MFA in Animation and Illustration in 2000 at the Academy of Art University. Sadly, he passed away the year after while I was studying at the School. It was a very tough time for me, but he was always happy that I came here to pursue animation.

In Nieta, I conveyed all of these stories, images, and memories into the film to try and capture the same feeling that I get when I think of my grandparents.

Animag: Did the visuals come first, or the story?

Animag: How did you develop the visual styles? Was there an inspiration for the colored lights in the rainstorm?

Villareal: Part of the visuals also came from an experience that I had when I was a kid, a game actually. We used to play with my brothers and my friends to press our eyelids against our closed eyes. When doing this I remember that after a few seconds I would see these abstract shapes with very bright colors, almost fluorescent and jumping blurry circles around all over the place against a darker but saturated background.

Nieta is a very minimalistic film, having only two characters and two backgrounds (one being almost completely white) which was one of the challenges since the film is silent we were limited in telling the story with only these elements. The other background is inspired by the visual of this game that I used to play when I was a kid and were the initial inspiration for the storm.

Animag: When did you start production on the film and how long did it take to complete?

Villareal: We started the production on Nieta right after we finished Pasteurized, which was towards the end of 2012, but I had the idea in my mind a few years before that. We completed the final animatic as well as the character design and we started the production at the beginning of 2013. We finished the film in March of this year, right on time to submit to the Cannes Film Festival, and we were lucky that not only was accepted but it was the world premiere of Nieta.

Animag: Who were some of your key collaborators on this film and what did they bring to the finished film?

Villareal: One of the aspects that I love the most about animation is the collaboration because everyone adds to the project something fresh. I enjoy the process most when we have to face all the challenges together (and we had several!) with the artists I get to work with. I love to see the interaction and the teamwork. I was very lucky to work with very talented people and seeing their focus when we encounter the problem to finding a way of solving it together are for me the most fulfilling moments on Nieta.

The producer of the film, Alessandro Squitti has always been a tremendous help in our projects in all the aspects of the production from the initial idea to the completion of the films. He was also the editor of Nieta as well as Pasteurized. We were also lucky that we were able to work with Studio400A at The Academy of Art University with Catherine Tate and Candice Weber that did incredible work, and because of them we were able to accomplish the look that I envisioned.

The Academy of Art has always been a great support for me, from the president of the school, Dr. Elisa Stephens, to the staff and faculty, as well as the students. I always try to share all these experiences with my students here at the School, which is one of the things that I enjoy most as well. We split up the animation of the characters between Juan Francisco Saravi, that did the 3D animation, Onur Can Cayli did the models and Amy Gohal and Brian Eby did the rigging and I did the traditional animation as well as the art direction and designs of the film. Gary Coates added the final touches with the color correction.

I believe that Nieta is highly driven by the sound. Andrew Vernon was the sound designer of the film and he added his own imagination to the film to achieve the sounds for it. Andrew’s work as well as the soundtrack, in the case of Nieta push the story and reinforce it more that in Pasteurized since the film is very minimalistic.

The music was composed by Michael Brennan, who was the same composer of Pasteurized, even though you wouldn’t know it since the styles of the films and the music are completely different. I remember when I met with Michael; we were talking about the style of the film and the feeling that I wanted for it. He asked me a couple of questions and he played a few notes on the piano while and I was telling him a few references that I liked including the music of Astor Piazzola. I believe the music is a crucial aspect for any type of film, and for Nieta in particular. Like I mentioned before we had to reinforce the mood of the film with the music in such a short period. Michael not only achieved that, but also pushed the emotional message of the film to the point that for me, you feel it in your skin. The best part for me was that I was able to witness it. While we where sharing thoughts on the film as it was playing back, he would start playing ideas, and right in front my eyes he came up with the core for the soundtrack of Nieta. I couldn’t believe it. He did a couple of versions but it was pretty much set based on his first feeling.

Animag: Can you describe the process and techniques you used in animating this short?

Villareal: Nieta is a combination of traditional animation and CG. We divided the shots and animated the characters in traditional animation and 3D animation. After the 3D shots were working we went over them and drew over the character. I wanted the film to have the feeling that everything was moving, including her, but without being distracting and taking yourself out of the story. It was hard at the beginning and very challenging because it was a completely different style and not the type of animation that I was used to doing. It was animation that I always admired and through several tests (and long days!) we were able to come up with an iconic look and feel for the film matching the visual development.

Animag: What are people who’ve seen the film at festivals saying to you about it? Is there anything they like or dislike about it that surprises you?

Villareal: Unlike Pasteurized, which was a film motivated by humor, Nieta is a film that comes from the heart and because of that it’s more emotional, that is one of the aspects that people that have approached me at festivals mention. Usually they tell me that they weren’t expecting to feel like that in such a short time and that they love the music and the drastic change of colors of the film.

Animag: What are you working on next?

Villareal: We have started preproduction on our first animated feature film, and we are finalizing the script as well as solidifying the overall visual development and character design of it. I think that one of the most important aspects of working on Nieta as well as Pasteurized is that we were able to put together a strong team of very talented and proficient artists with Red Clover Studios. The film is based on a children’s book that I wrote and illustrated while studying at the Academy of Art, where I currently teach for the Visual Development Department. It is based on my thesis project that I created for my master’s, and it’s from a story that I came up with in high school. The look of Nieta is something that we are incorporating as well as it’s serving as the inspiration for a dream sequence for my next story. I’ve always enjoyed using my childhood memories as a platform for my storytelling and will continue to do the same on our next project, the animated feature film, The Aces. 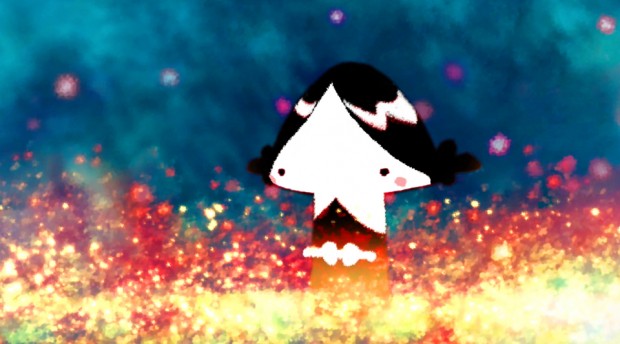 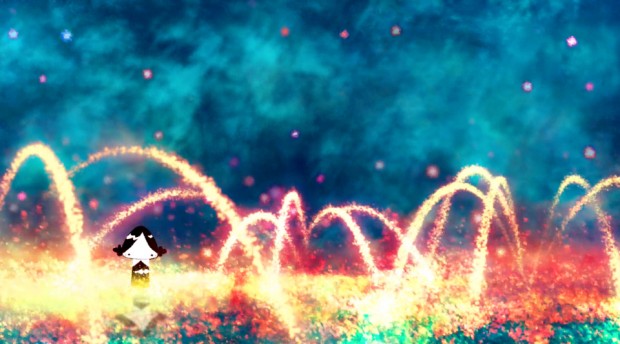