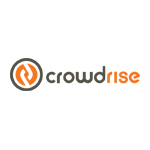 Wes Anderson is returning to the stop-motion animation realm nearly a decade after he first boarded Fantastic Mr. Fox. In a video released through Vimeo, The Grand Budapest Hotel director reveals the cast list and a first look at one of the main canine characters of his latest (yet undated) project: Isle of Dogs.

Mr. Fox collaborators Ian Mackinnon and Peter Saunders will once again be the puppet masters, returning along with composer Alexandre Desplat and cinematographer Tristan Oliver.

Anderson is also partnering with Crowdrise, which released the video, to give fans the chance to voice a character in the film and visit the set in London. Viewers can donate $10 to The Film Foundation — Martin Scorsese’s film preservation organization — to enter the sweepstakes.