The spot shows how the refreshed CG characters and their fantastical forest world reflect the original art created by Peyo. But while the look is leaning toward classic, there’s a definite modern vibe with “Get Back” by Ludacris providing musical accompaniment.

In US theaters April 7, 2017, Smurfs: The Lost Village is a fully animated, all-new take on the Smurfs, a mysterious map sets Smurfette and her best friends Brainy, Clumsy and Hefty on an exciting and thrilling race through the Forbidden Forest filled with magical creatures to find a mysterious lost village before the evil wizard Gargamel does. Embarking on a rollercoaster journey full of action and danger, the Smurfs are on a course that leads to the discovery of the biggest secret in Smurf history!

The film is directed by Kelly Asbury and written by Stacey Harman and Pamela Ribon, based on the characters and works of Peyo. Jordan Kerner is producer, with Mary Ellen Bauder Andrews as co-producer. The voice cast features Demi Lovato as Smurfette, Rainn Wilson as Gargamel, Joe Manganiello as Hefty, Jack McBrayer as Clumsy, Danny Pudi as Brainy and Mandy Patinkin as Papa Smurf. 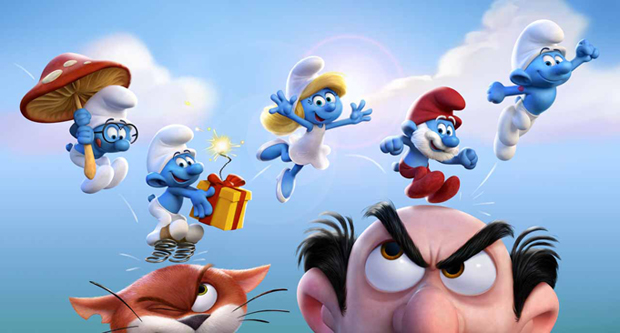