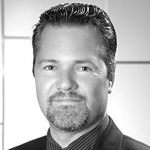 Richard J. Cook, whose visual effects credits include Godzilla (1998), Independence Day and Star Trek: First Contact, has announced he is directing and producing a new sci-fi action-thriller project titled All Things. The VFX veteran has said that this feature will be a nod to practical effects filmmaking, and his team at Oculus Entertainment plans to deliver the film by Summer 2016.

“I believe computer generated visual effects were best used to augment practical effects. For me, what’s exciting about All Things is I’m going to integrate the computer graphics (CG) with the prosthetics,” says Cook. “We did that a lot on Godzilla (1998). We went to Patrick Tatopoulos’ office, his creature shop, and watched hours of footage of lizards to see how they would naturally move and react, and we’d try to mimic that. So Patrick, being a practical guy, was showing us how to make CG move. It all starts with the practical.”

All Things follows college dropout, Claire, who finds herself hunted by horrifying alien creatures after being separated from her environmental protection group during her first forest training mission. Through her ordeal, she uncovers their disturbing agenda and realizes she has a self-sacrificing destiny.

Oculus is launching a crowdfunding campaign September 1 through Indiegogo that will go towards finishing development and commencing production. 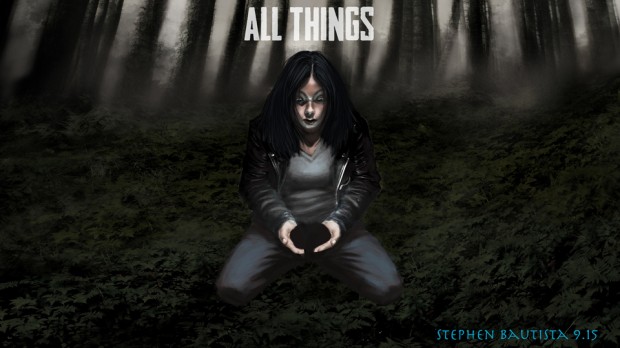 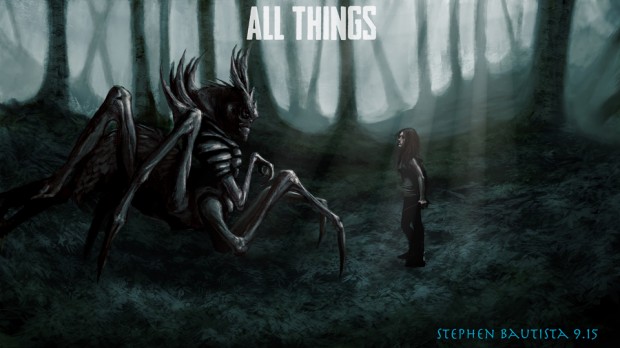