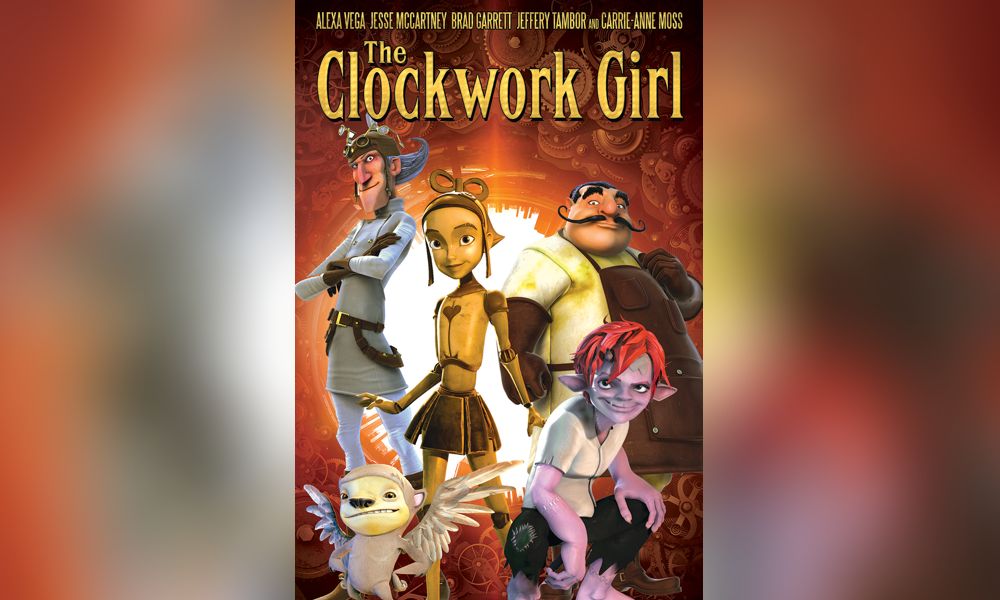 The Clockwork Girl follows Tesla, a robot girl who has recently been given the gift of life. When she meets Huxley, an amazing mutant boy, the duo forms an unlikely friendship that must overcome their warring families. With an important, topical message, the film is ultimately a story of two characters who despite being made out of completely different parts, are similar in their passion to save their town and each other.

The Clockwork Girl is based on Arcana’s successful graphic novel of the same name, created by O’Reilly & Hanna and illustrated by Grant Bond. It was initially published in December 2007 through five issues and was later republished by HarperCollins. The graphic novel received numerous accolades, including the Moonbeam Children’s Book Award for Top Graphic Novel and the Mom’s Choice Award.

“The Clockwork Girl has had an unbelievable journey starting with its humble beginnings as a comic book. Telling Tesla and Huxley’s story has been a passion project and I’m so excited to show this story to the world,” said O’Reilly. “Maya Angelou said, ‘If you’re going to live, leave a legacy’. My directorial debut on Pixies happened with Vertical Entertainment so it feels like I’m coming back home and everything was meant to be.”

Vertical will release The Clockwork Girl in Summer 2021.