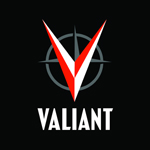 Move over Marvel and DC, comics publisher Valiant Entertainment is coming to the big screen thanks to a deal it struck with Sony Pictures for a five-movie series starring Bloodshot and Harbinger.

The series will begin in 2017 with the release of Bloodshot, followed shortly thereafter by Harbinger. Both will get sequels leading up to the crossover movie Harbinger Wars, inspired by a 2013 comic-book crossover story of the same name.

Bloodshot will be directed by David Leitch and Chad Stahelski (John Wick) from a script by Jeff Wadlow (Kick Ass 2) and Eric Heisserer (Story of Your Life). Neal H. Moritz and Toby Jaffe from Original Film (The Fast and the Furious franchise) and Dinesh Shamdasani from Valiant Entertainment will produce the film. Matthew Vaughn and Jason Kothari will serve as executive producers.

Harbinger will feature a script by Eric Heisserer (Story of Your Life). No director has been hired.

Andrea Giannetti will oversee the movies for Sony Pictures.

The original version of Valiant Entertainment was founded in 1989 by former Marvel editor in chief Jim Shooter. Harbinger was created by Shooter and artist David Lapham in 1992 while Bloodshot came along shortly thereafter, a creation of Kevin VanHook, Don Perlin and Bob Layton.

Valiant rode the then-prevalent wave of buyers speculating on new comics as investments, which drove comic-book sales to dizzying heights before the bubble collapsed in 1994. That year, Valiant changed hands and became Acclaim Entertainment, but never reached its previous heights and folded in 2004.

The current version of Valiant launched in 2008 and began publishing comics again in 2012, finding success with new versions of hit series including Bloodshot, Harbinger and X-O Manowar.

In March, Valiant announced that it partnered with Beijing-based entertainment company DMG for nine-figures of film financing capital for the production of theatrical films and television programs based on Valiant’s library of iconic superhero characters. 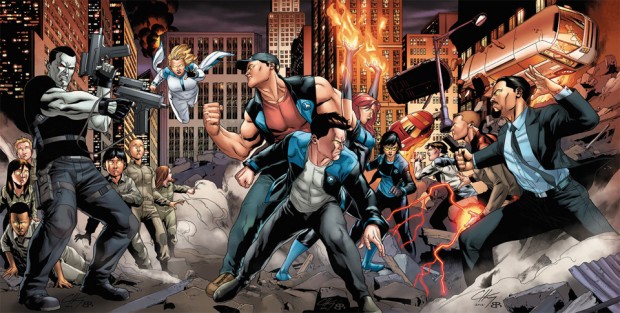