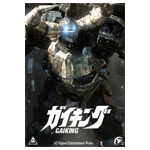 Gale Anne Hurd’s Valhalla Entertainment, Toei Animation and All Nippon Entertainment Works (ANEW) will be producing a new live-action feature based on Toei’s popular anime property Gaiking. This marks a new push for Toei into the U.S. marketplace and the first development deal for ANEW.

The anime property follows a young man who is recruited to serve as the lead pilot for the Super Robot Gaiking. When Earth is threatened by an alien race intent on taking over the planet, he emerges as the only one who can pilot the massive robot. Together with his fellow co-pilots he must fight off the alien force in order to save mankind. The 44 x 26-minute series first debuted in 1976 on Fuji TV in Japan, and was brought to the U.S. as part of Mattel’s Shogun Warriors in the late 1970s.

“I’m extremely excited to be working on Gaiking, which marks a huge step forward in adapting one of the best Japanese IP for a global audience,” said Hurd, who is best known for features such as Terminator 1 and 2, Aliens, Armageddon and The Incredible Hulk, as wells as the TV series The Walking Dead.

ANEW, led by CEO Sandy Climan, is dedicated to partnering with Japanese underlying rights holders to develop creative content, including films, books, toys, animation, and Manga, into global English language motion pictures and television. It has an initial capitalization of $80 million from the Innovation Network Corporation of Japan (INCJ), a public-private investment fund affiliated with the Japanese government. ANEW’s creative partners include a broad spectrum of the leading media and entertainment companies in Japan.

Toei Animation is the largest animation production company in Japan and is responsible for thousands of hours of programming, including Dragon Ball, Sailor Moon and Space Pirate Captain Harlock, which is being remade as a 3D CG animated feature film. Toei Animation is the original rights holder of the Gaiking IP and a co-producer with Valhalla Entertainment.

“Gaiking has long been one of the most beloved giant robot animation franchises with a global fan base. We are very excited to be partnering with Valhalla Entertainment and ANEW to bring this title to a worldwide audience as a live-action feature film, which we hope to be the first of many more to come from Toei’s large stable of IPs,” said Yoshi Ikezawa of Toei Animation.

Gale Anne Hurd will serve as lead producer on the project. Yoshi Ikezawa of Toei Animation and Joseph Chou will also serve as producers. Sandy Climan, Tim Kwok, and Kozo Morishita of Toei Animation are executive producing. Kris Henigman, Director of Development at Valhalla, will oversee development for the company in association with Annmarie Bailey, VP of creative affairs for ANEW. 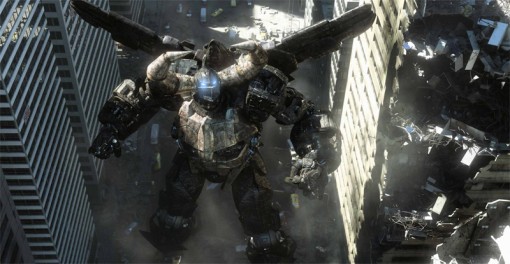