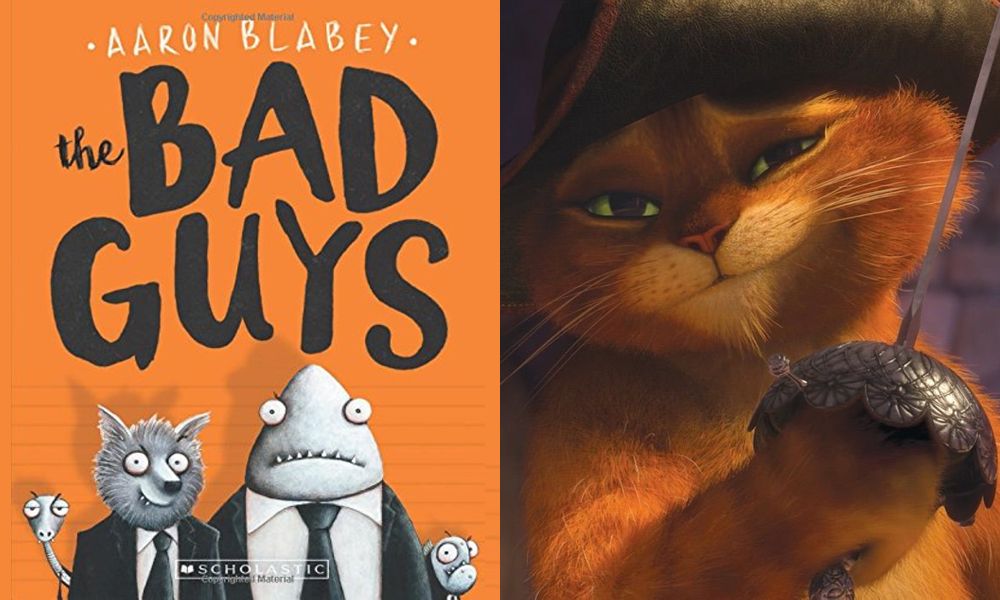 After a lifetime of pulling legendary heists, five notorious bad guys — Mr. Wolf, Mr. Snake, Mr. Piranha, Mr. Shark and Ms. Tarantula — attempt their most challenging job yet…going good. Nobody has ever failed so hard at trying to be good as The Bad Guys.

Optioned in 2018, the movie is based on the bestselling Scholastic book series by Aaron Blabey, which has more than 8.2 million copies in print worldwide, The Bad Guys is directed by Pierre Perifel (director, DWA award-winning short Bilby; animator, the Kung Fu Panda films), making his feature-directing debut. The film is produced by Damon Ross (co-producer, Nacho Libre) and Rebecca Huntley (co-producer Abominable; associate producer, The Boss Baby). The executive producers are Blabey, Etan Cohen and Patrick Hughes.

Puss in Boots is back in action! The sequel to DreamWorks Animation’s 2011 Oscar-nominated blockbuster, which earned more than $550 million worldwide, Puss in Boots: The Last Wish will be directed by Joel Crawford and produced by Mark Swift, the creative team behind DWA’s 2020 smash, The Croods: A New Age, which earned a Golden Globe nomination for Best Picture – Animated.

Academy Award nominee Antonio Banderas will again voice the suave feline outlaw, as Puss in Boots discovers that his passion for adventure has taken its toll: He has burned through eight of his nine lives, leaving him with only one life left. Puss sets out on an epic journey to find the mythical Last Wish and restore his nine lives.

The character of Puss in Boots first appeared in 2004’s Oscar-nominated Shrek 2 and instantly became a global, scene-stealing sensation. Puss then co-starred in two other Shrek sequels before landing his first solo film. The character has also appeared in DWA videos and TV series, including DreamWorks Shrek’s Swamp Stories. The Shrek and Puss in Boots films have collectively earned more than $3.5 billion worldwide.