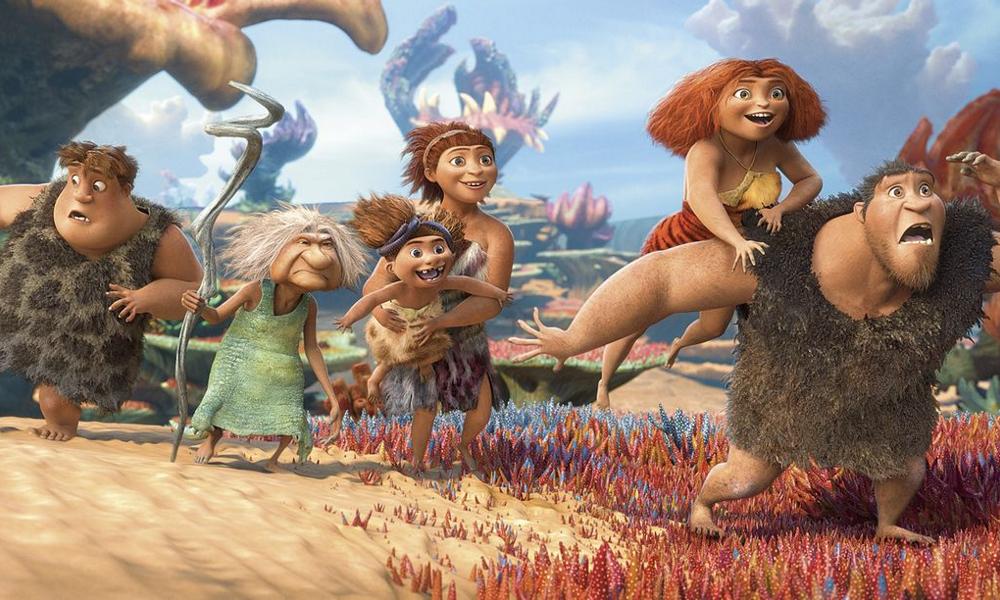 DreamWorks Animation’s long-awaited Stone Age sequel adventure The Croods: A New Age will be arriving earlier than expected, with distributor Universal Pictures moving the release up from its December 23 slot to Wednesday, November 25. The bump adds to speculation that Disney-Pixar’s Soul may be opting for a Disney+ debut instead of its Thanksgiving theatrical holiday window.

The shortened theatrical-to-Premium VOD window negotiated between Universal and AMC (the largest cinema chain in the U.S.) after the studio’s day-and-date Trolls World Tour release sowed resentment amid COVID-19 shutdowns could mean that the Crood clan will get to take advantage of both a Thanksgiving big screen release and a Christmas PVOD debut — a winning strategy as the pandemic rages on and audience returns to theaters are unsteady. The Trolls sequel reportedly made close to $100 million in PVOD rental fees this spring.

The Oscar-nominated first film, The Croods (2013), was directed by Kirk DeMicco and Chris Sanders and earned over $580 million in worldwide box office.

Update:  Sony Pictures Animation’s much-anticipated feature Connected will no longer be released theatrically on Oct. 23rd as previously announced. No official date has been announced as of yet.

The theoretical theatrical release calendar for animation and VFX showpieces through the end of 2020 currently:

You may also like...
Related Topics:featured, The Croods
Geographic Region:North America