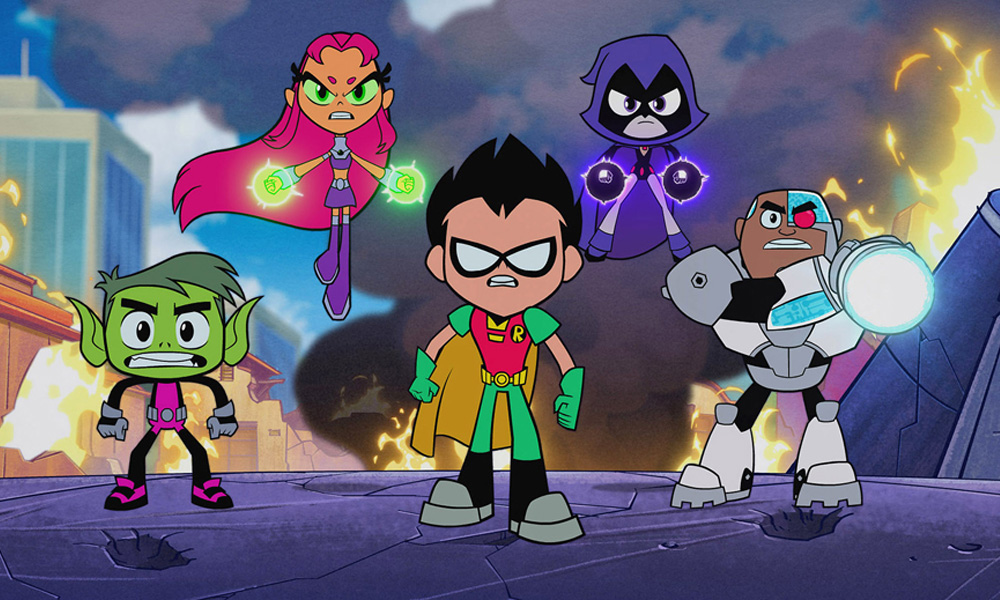 Turning an animated series into a feature is an opportunity to delight both creators and fans alike, but it requires a delicate balance between developing a story that can hold fans’ attention for 80 minutes and keeping the tone, levity and characters that first drew them to the series.

Maintaining that balance proved especially challenging for Teen Titans Go!, a series composed of self-contained 11-minute episodes which, as producer Aaron Horvath readily admits, has “no overall story.” Horvath, who co-directed the feature version Teen Titans Go! to the Movies, says that in the series, “We feel perfectly comfortable setting up an emotional payoff for a story and then pulling the rug out in the last scene just for a goof.”

But that was something Horvath and his co-director Peter Rida Michail (director and character designer on the series) quickly realized wouldn’t work in the movie, which comes out July 27. “We can’t expect an audience to invest 80 minutes into these characters and then just be completely cynical about it like we do on the show,” Horvath points out.

“The series is mostly about nothing and just silliness, there aren’t any sort of big stakes ever,” agrees voice actor Tara Strong, who plays Raven both on the show and in the movie. “Any time you take a series to feature you have to have a big story, and so their big story is that they want to be taken seriously.” For protagonist Robin (voiced by Scott Menville) and his band of hare-brained heroes, being taken seriously means getting their own movie, a conceit which allows plenty of opportunities to poke fun at both their DC stablemates as well as Marvel and Hollywood more generally.

While the feature has a “more earnest tone”, Horvath says, it hasn’t lost any of the cheeky humor that endears it to viewers, as evidenced by the first slate of teasers and trailers. The first trailer for the film, which ends with a fart joke, earned a lukewarm reception, but Horvath was buoyed by the reaction to a subsequent teaser featuring Deathstroke (Will Arnett) bad-mouthing his Marvel copycat Deadpool, which quickly went viral on social media. “There’s just a lot of built-in dislike for what we make,” Horvath explains. “And so to see people going like, ‘Alright, I don’t like this show but this actually looks good’, I was like, ‘Ha! We got ‘em!’”

As well as an opportunity to develop the characters, one of the highlights of going from series to feature was the chance to play with a variety of visual styles the crew typically don’t have time for, such as Disney-esque hand-drawn sequences and stop-motion scenes filmed with felt puppets. “It was a lot of fun to have the time to do all these cool designs,” says co-director Michail.

The animators were also keen to give the film a more cinematic feel, from the character blocking to the color palette. “There were a lot more dramatic compositions that we did, so it would look more theatrical,” explains animation director Eric Pringle. “We also had to pay more attention to smaller details that would be much bigger on the movie screen that we would never see on the television.”

It was a task made all the more challenging thanks to an animatic that didn’t actually reflect the finished product, due to story changes that were implemented after it had already been shipped out to animation studios in New York, Canada and the Philippines. Pringle and his in-house team of animators did their best to smooth out any gaps and inconsistencies but “it was a very difficult process,” Horvath admits. “We were trying to repurpose the footage that [the animation studios] turned in to make it work.”

“Because a lot of parts were cut out, scenes wouldn’t connect with each other anymore,” Pringle explains. “So we would have to go and animate new sequences to bridge all the shots together to make the story still play without any gaps. But [it meant] there were a lot of inconsistencies with layouts where characters were standing between shots that we would have to go through, hook up poses, and so we had a whole crew of animators in-house working just pretty much doing that.”

For the voice actors, who were used to recording together as a group, time constraints meant they only had one opportunity to record the entire movie as a full cast before being brought in individually to re-record certain lines. “It’s a quicker process when you’re by yourself because you’re obviously not waiting for everyone in the booth to agree with a performance take,” says Strong. “But from a performing standpoint I definitely prefer to be with everyone in the room.”

“It’s always nice to hear what a different actor is going to bring to the table,” she explains. “When you have someone else to play off it often alters your performance.” That’s especially the case when working with guest actors, and Teen Titans Go! to the Movies features plenty of marquee names, including Arnett, Kristen Bell and Nicolas Cage as Superman.

Snagging Cage, who was famously supposed to play the man of steel in Tim Burton’s Superman Lives (which never got further than pre-production in the late 1990s) was a particular coup for Horvath and Michail, who were convinced the actor wouldn’t be interested when the idea was first mooted. “It’ll be a quick no,” Michail recalls thinking. Now, however, Cage will finally fulfil his destiny (albeit in animated form) and it’s all thanks to the Teen Titans.

If that doesn’t get Hollywood to take them seriously, nothing will! 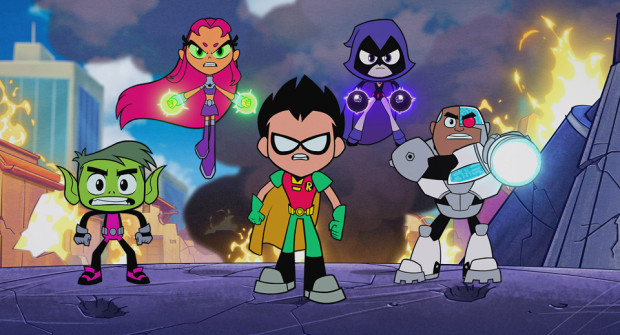 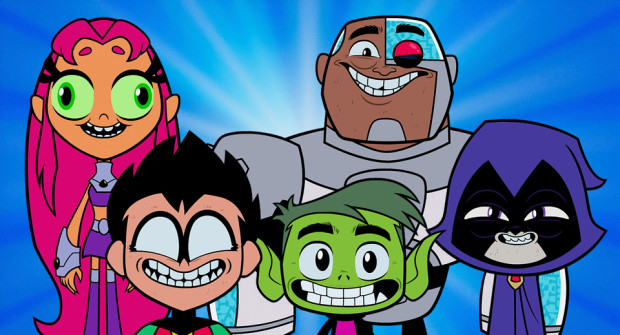 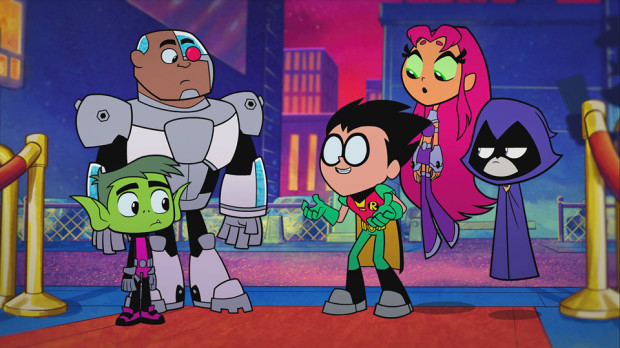 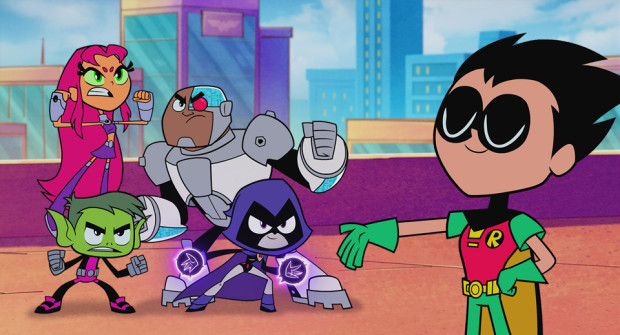 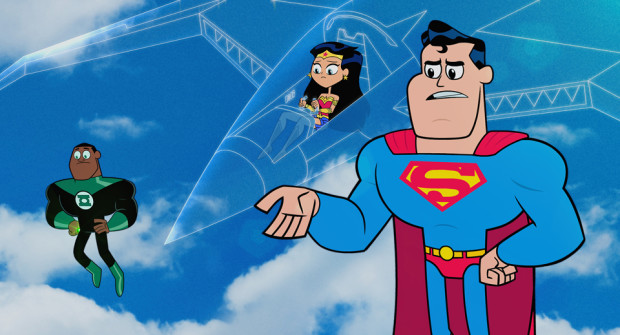 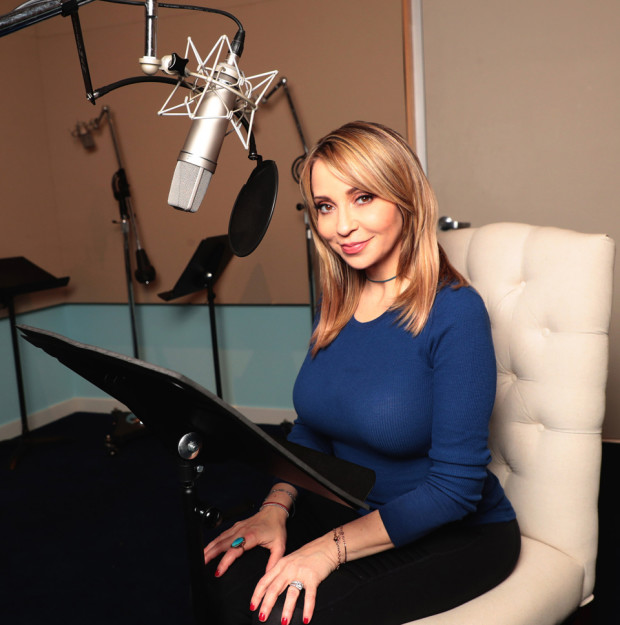 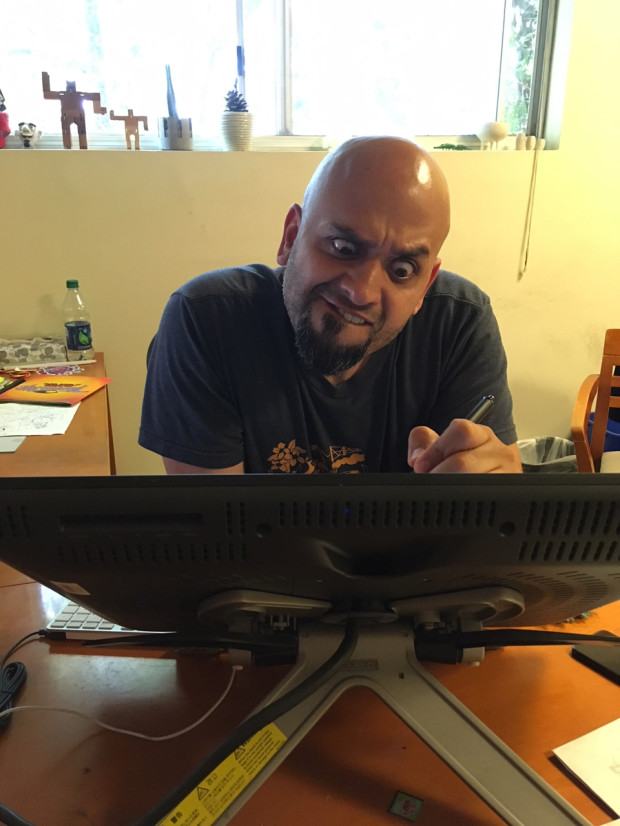 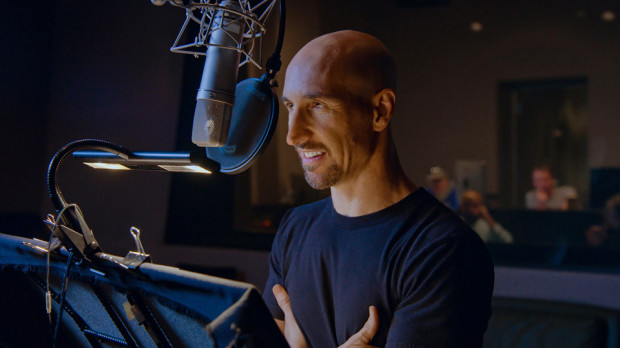 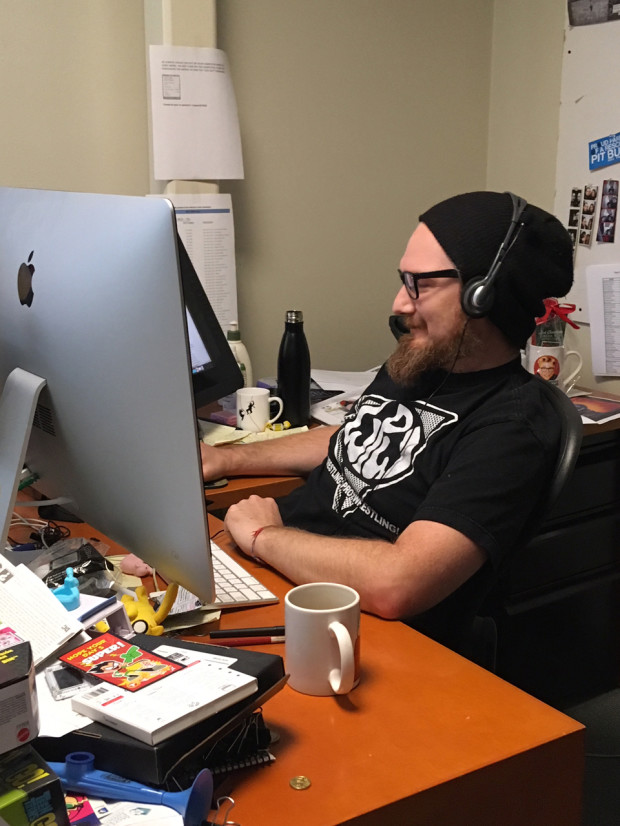 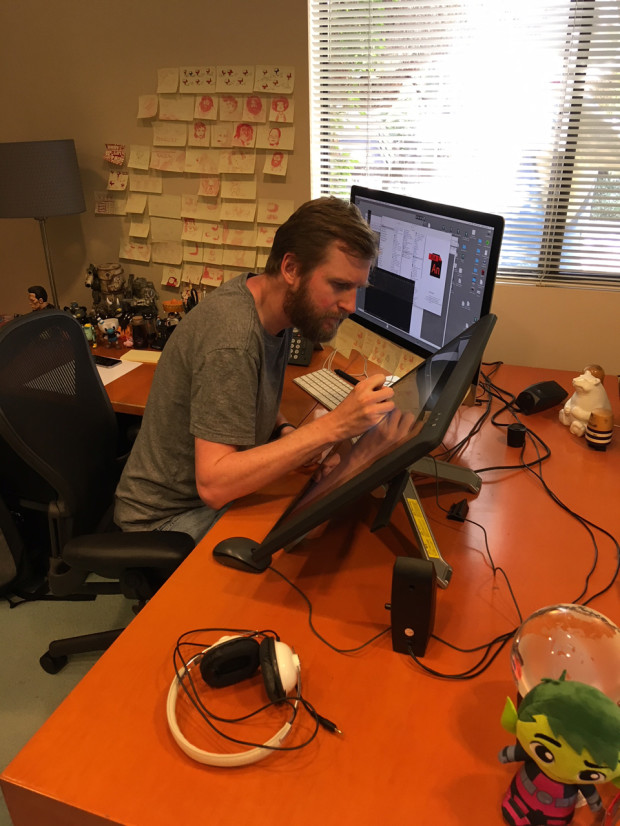