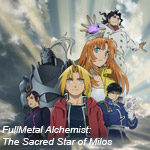 A pair of visual-effects-heavy battle movies from completely different ends of the spectrum take on Mark Wahlberg’s Contraband and the 3D release of Beauty and the Beast at the box office this weekend.

Meanwhile, Fox’s release Red Tails is getting a lot of attention for reasons completely unrelated to the movie. The film about the World War II exploits of the African American pilots known as Tuskegee Airmen, is being trumpeted as the last major film from Star Wars creator George Lucas following an interview he gave last week to The New York Times Magazine. Lucas is executive producer on the movie, which is directed by Anthony Hemingway and features effects work from Halon Entertainment, Pixomondo, Radical 3D, Rising Sun Pictures and, of course, ILM. It opens at about 2,500 cinemas.

Also out this week is Haywire, at some 2,000 theaters, from director Steven Soderbergh, and an expansion to about 2,500 theaters for Extremely Loud and Incredibly Close. Anime fans also have cause to head out to the movies with the limited release to about 40 cinemas of FullMetal Alchemist: The Sacred Star of Milos. For a list of theaters screening the movie, check out the official website here.

Meanwhile, Disney’s 3D-converted Beauty and the Beast enters its second weekend of theatrical release after generating a strong debut of $23 million through Tuesday. The film has, however, drawn some criticism from exhibitors who noted that the 3D Blu-ray version of the film has quietly gone on sale at Wal-mart and Target at the same time it was released to theaters. According to Deadline.com, Disney has stated the relative rarity of 3D-capable TVs means the release will have little if any effect on the box office gross for the film. So, what do you think Animag readers? If you’re heading to the movies this weekend, what do you plan to see?