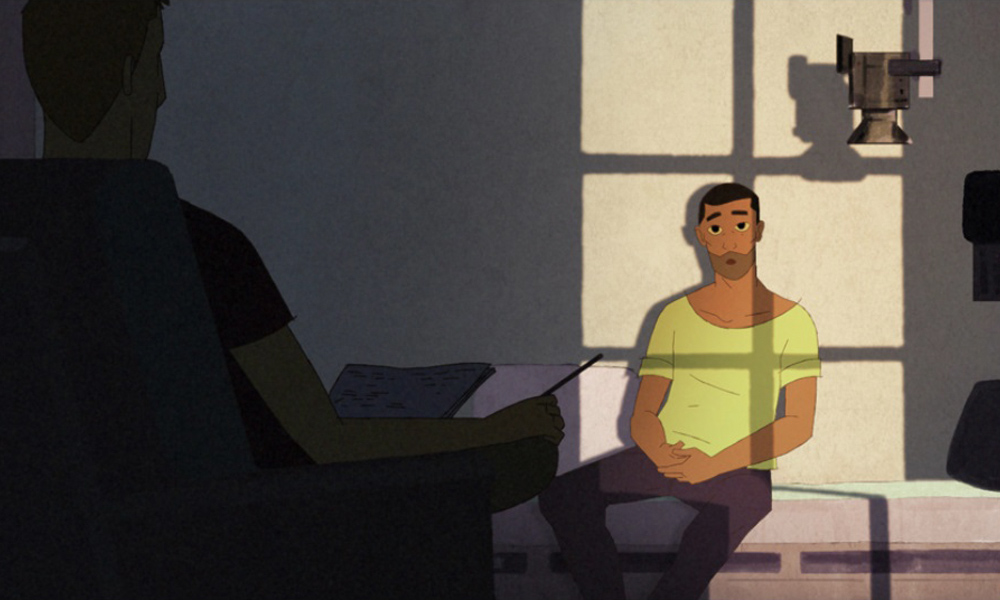 When Danish filmmaker Jonas Poher Rasmussen was a teenager, he befriended a young Afghan refugee who had moved to his neighborhood. A couple of decades later, he finally got the chance to tell the story of his friend’s challenging life in the animated documentary Flee. The feature, which won the Grand Jury Prize: Documentary at Sundance earlier this year, has been praised for the way it uses the medium to tackle a difficult subject and cast a light on how early traumatic events can alter the way a victim recalls the past.

“I had asked my friend to make a live-action documentary about his experiences for many years, but he kept saying no,” recalls the Danish filmmaker during a recent Zoom interview. “Finally, when I decided to tell his story as an animated documentary, he agreed to let me do it since animation offers a certain level of anonymity.” The film chronicles the harrowing life of “Amin” (a pseudonym), a gay Afghan refugee, who leaves his home to escape the mujahideen and the Taliban, only to be victimized by corrupt police in Russia before finding a new life in Denmark. 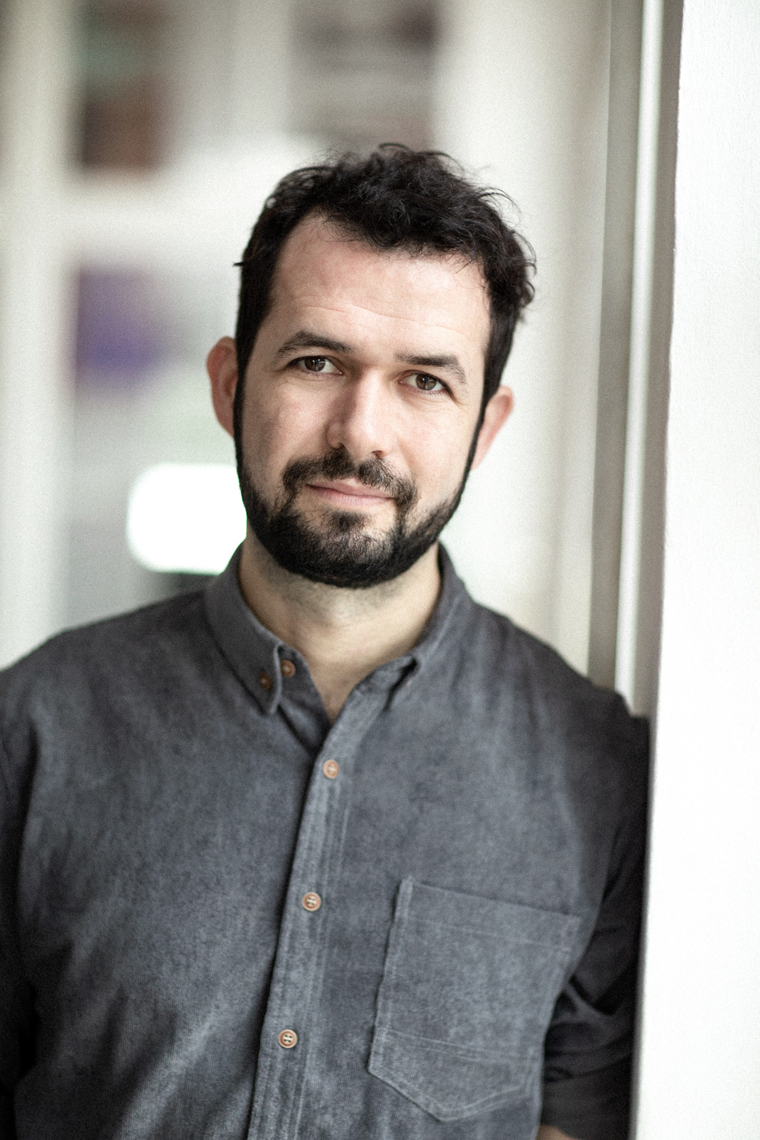 The upcoming Neon release made headlines for attracting Riz Ahmed and Nikolaj Coster-Waldau as exec producers and voice actors for the English-language version. Produced by Final Cut for Real, Sun Creature Studio, Vivement Lundi!, Mostfilm, Mer Film and several other companies, the 89-minute film was written by Rasmussen and Amin. The film’s art director was Jess Nicholls, animation director was Kenneth Ladekjær and animation producer was Charlotte de La Gournerie.

The director first sketched out the outline for the movie at Anidox, a creative workshop that brings together documentary and animation professionals to help them work on projects together. Production on the film, which was made for around $4 million, began about three years ago. The 2D animation was produced using TVPaint. “The animation was mainly produced in Denmark, but we had some people working remotely in France and Georgia. Overall, we had about 40 people working on the animation,” recalls Rasmussen.

So, why did the live-action doc-maker decide to use animation to tell Amin’s story?

“This is a story about memory and trauma, and truths that are buried in the past,” explains the director. “These are things that are hard to do with live-action footage. Animation helps reveal deeper, more emotional layers. We spent a lot of time doing research. Of course, one of our big sources of inspiration was Ari Folman’s Waltz with Bashir [2008], which is the crown jewel of the animation documentary world and did a beautiful job of blending animation with real-life stories.”

Rasmussen, who had never worked in animation before, says the making of Flee was a hugely eye-opening experience. “Compared to live action, animation goes so slowly, but that’s an asset as well,” he notes. “You can be very precise in animation. You have more time to really think things through and don’t have to rely on the daily film footage shot. You can get feedback from the group of people on the project who are working remotely and communicate with them just as if they are working right next to you.”

Another plus for the director was that he was not at the mercy of the live-action footage he had to shoot each day. “In my previous work, you shoot a lot of footage and then build the film as you edit what you have,” he recalls. “In animation, if you don’t get the footage that you want or need, you can always draw it. You can decide how to build your scene, where the camera is placed. Animation gives you a lot of freedom, which I really appreciated, because in live-action you are simply at the mercy of the footage you bring back from the shoot. I also appreciated the feedback I got from my team, which was much bigger than what I’m used to in my previous projects — which was usually just a photographer and an editor!”

Digging Up the Past

Rasmussen worked closely with his Afghan friend to get to the heart of his life story. Overall, he did about 20 interviews to get all the material he needed for his film. “I interviewed him, beginning with his first memory from the time he first arrived in Denmark,” notes the director. “I transcribed all the interviews and organized the material and went over everything to make sure I had all the important details. We then went over the screen to make sure we weren’t missing anything that was crucial. We recorded all the interviews and animated them afterwards.” 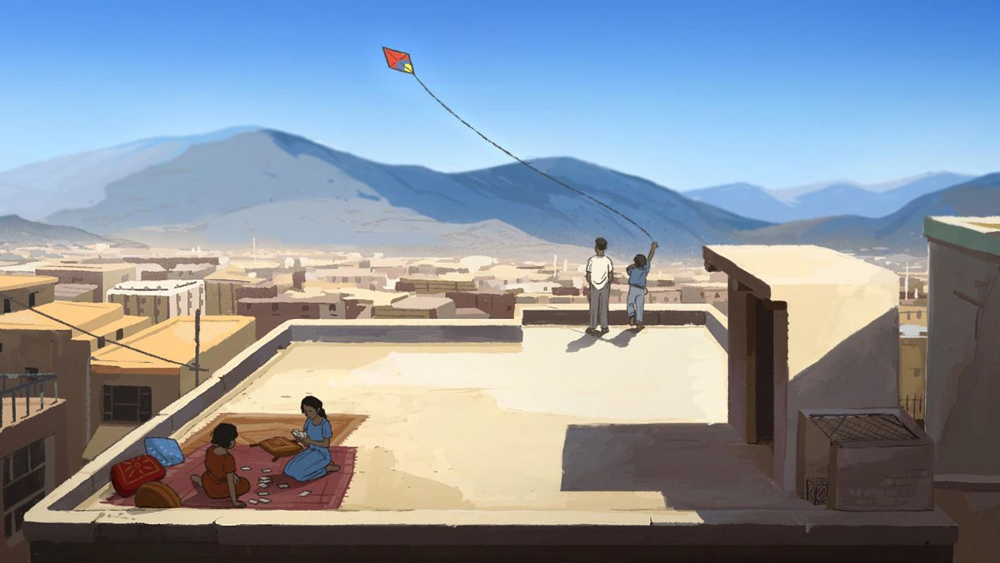 Art director Jesse Nicholls, animation director Kenneth Ladekjær and producer Charlotte de La Gournerie worked closely with Rasmussen to create a world that looked and felt true to the story and its locations. “We wanted to be authentic both in terms of character designs and the backgrounds,” says the helmer. “The goal was to try and make the characters feel alive while keeping authenticity in mind all throughout the movie.”

When asked about the movies that made a big impact on him, Rasmussen goes back to his childhood years. “When I was a kid, I lived with my family in Africa for a while, and we had a VHS tape of two films: Once Upon a Time in the West and The Karate Kid,” he remembers. “That was my real exposure to cinema, because I watched those two movies so many times. More recently, I have admired some of the amazing South Korean movies such as Burning and The Handmaiden, as well as Jérémy Clapin’s animated film I Lost My Body, which came out about two years ago.”

Now that the film has been getting a lot of attention worldwide and is poised to be one of the most acclaimed animated projects of the year, Rasmussen hopes the movie will cast some positive light in a troubled world. “We wanted to tell a human story and to emphasize that even in the darkest hours, you can find some light,” he notes. “I think people are able to connect with that when they hear pop music that they recognize (from Roxette), or other pop culture references in the film. If they recognize those genuine moments of joy in the darkness, then we have succeeded.”

Rasmussen, who is currently working on adapting a trilogy by Danish graphic novelist Halfdan Pisket (Deserter, Cockroach, Dane), says he was quite moved by the positive reception of his movie when it was shown to an Afghan audience in Denmark. “I had thought I was making this film for audiences in the west, but they told me that this is the kind of story that Afghans need to see to understand that that it’s OK to be gay and come out,” he notes. “My childhood friend was happy to see it as well because he finally got the chance to tell his story.”

Neon will release Flee in theaters later this year.  The film is also part of Annecy’s official selection lineup this month. More info at http://www.finalcutforreal.dk/flee.